What Is the Significance of Acoma Pottery? | Palms Trading Company

What Is the Significance of Acoma Pottery?

Home  /  What Is the Significance of Acoma Pottery?

What Is the Significance of Acoma Pottery? 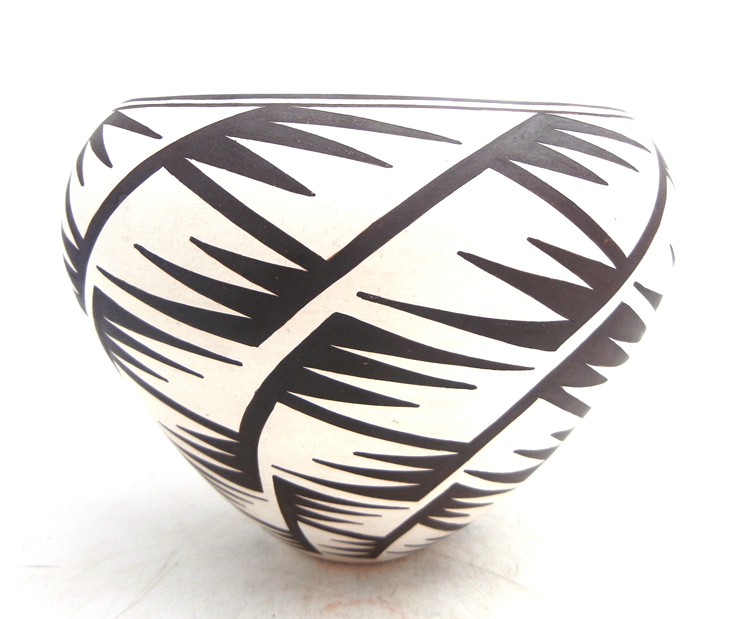 When browsing stores that offer Acoma pottery, it’s natural to wonder what the story is behind these extremely distinctive and beautiful pieces.  The truth is that Acoma pottery is part of a long tradition that dates back as far as 800CE.  There’s a rich and fascinating tale there, although one with a note of tragedy as well.

Black-on-White Acoma Pottery: The Legacy of the Ancestral Puebloan People

You may not have heard the name “Ancestral Puebloan,” and might instead be more familiar with the term “Anasazi.” However, the latter is not the true name of the group.  “Anasazi” is an unkind Navajo word for the Ancestral Puebloans and should be avoided when possible.

The Ancestral Puebloan people thrived between approximately 800CE and 1300CE before their culture largely collapsed.  Today, this is believed to be due to a variety of factors, including environmental challenges and wars.  The people themselves did not entirely die out, but rather broke apart and either joined with neighboring tribes such as the Mogollon, or formed small independent Puebloan communities.

One of the most spectacular remnants of their culture, and a tradition that lives on today in their Puebloan descendants, is their distinctive black-on-white pottery.  These pots were made from a local clay that was an extremely light gray, making it an excellent canvas for artistic expression.  As the craft evolved, they developed glazes and veneers that further reduced the grayness to the point it almost appeared white.

The designs on these pots could cover a wide range, including thick cross-hatching and dazzling complicated geometric patterns.

Some believe that the Ancestral Puebloans were among the first Native American tribes to develop pottery specifically as an art form designed to increase their prestige.  To be clear, pottery and ceramics far pre-dated the Puebloans, but they seemed to have a particular affinity for producing pottery that could be traded as works of art.

Today, many descendants of the Ancestral Puebloans continue to practice these ancient ceramic arts – including those living in the “Sky City,” or Acoma Pueblo.  Modern Acoma pottery incorporates additional colors while still holding to traditional methods of firing and decoration, making for truly stunning new works.

For decades, the Palms Trading Company has worked closely with genuine Native American artists in New Mexico to preserve their art and see it put into the hands of those who can appreciate it.