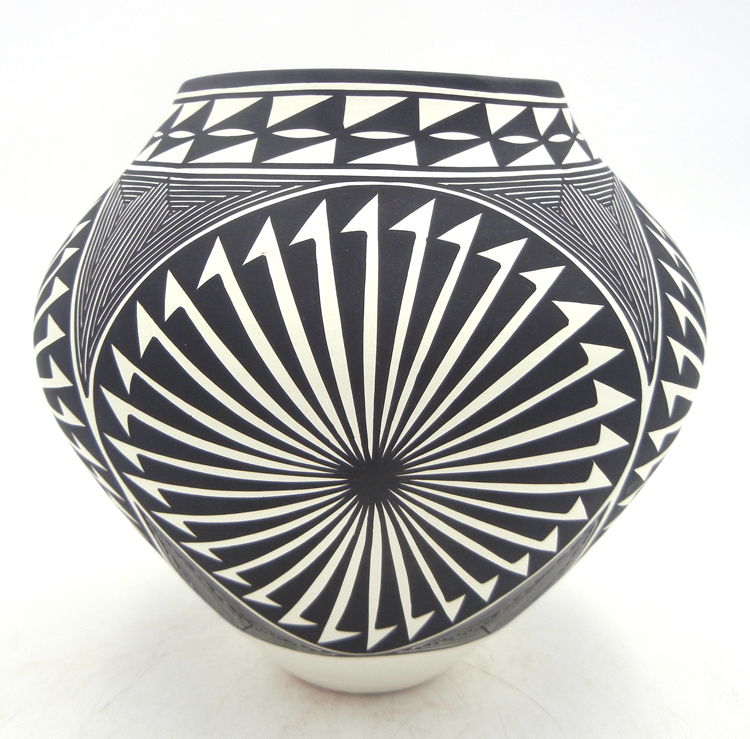 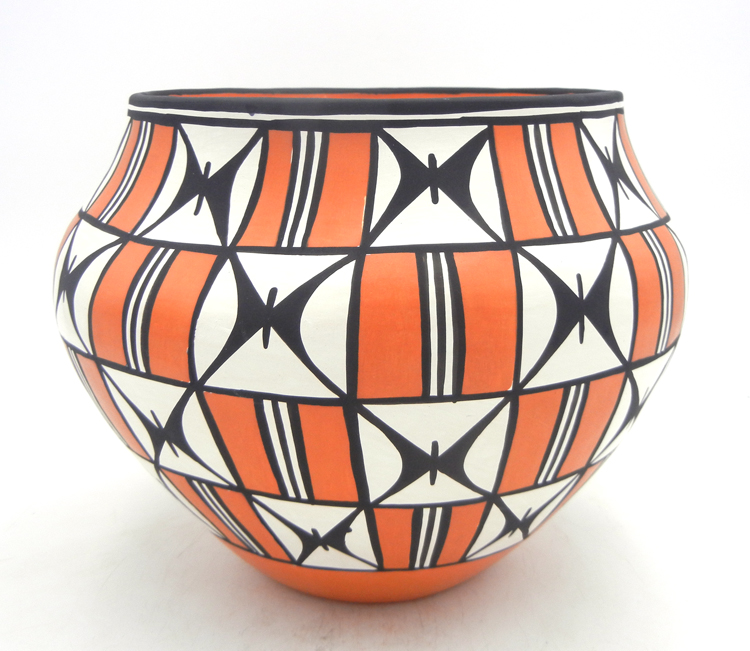 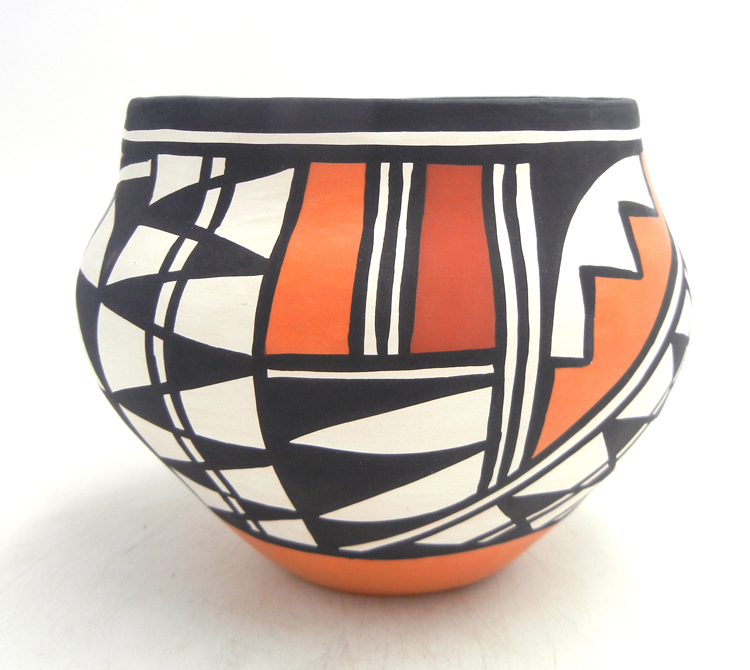 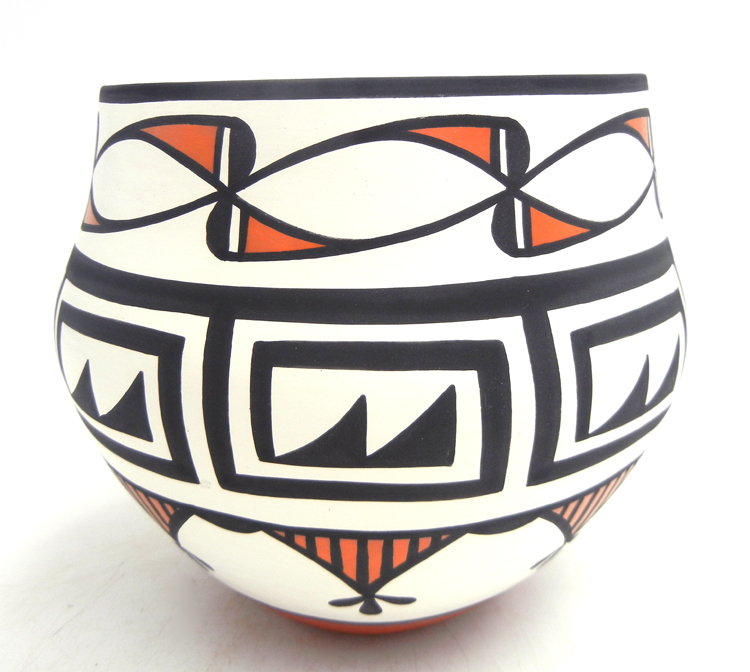 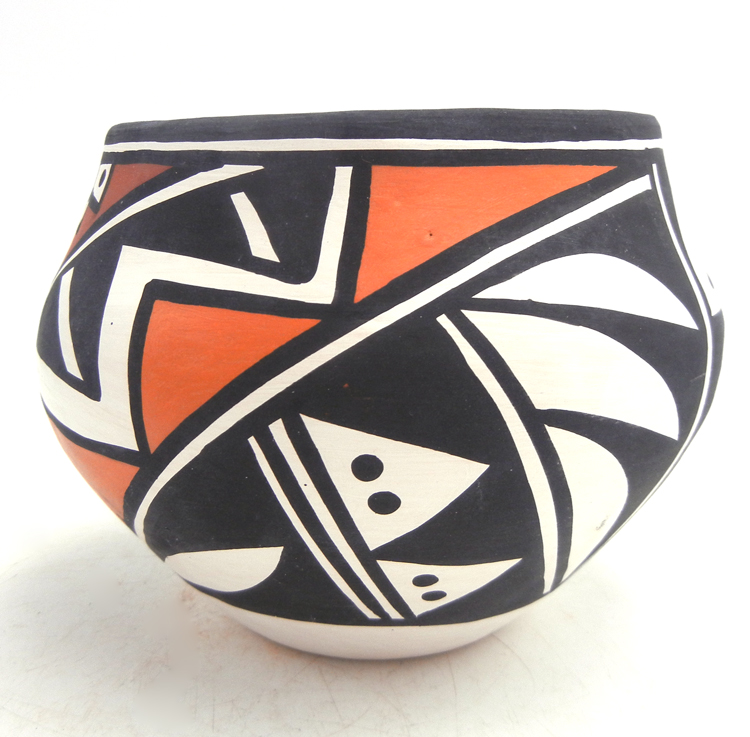 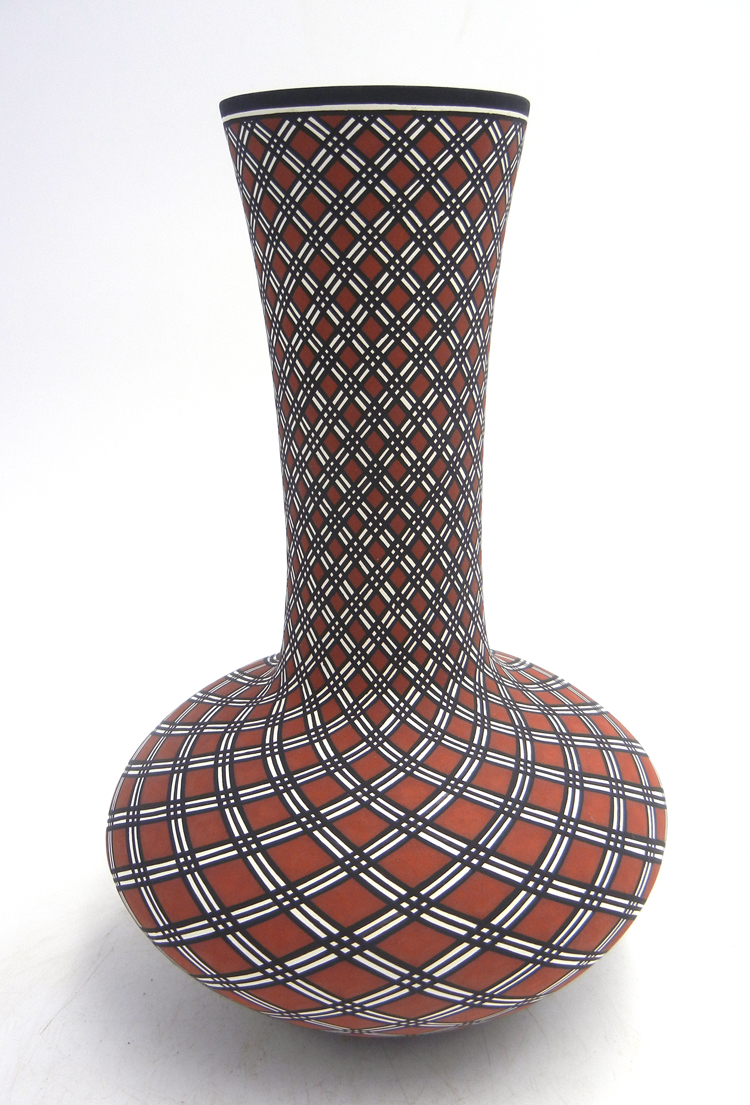 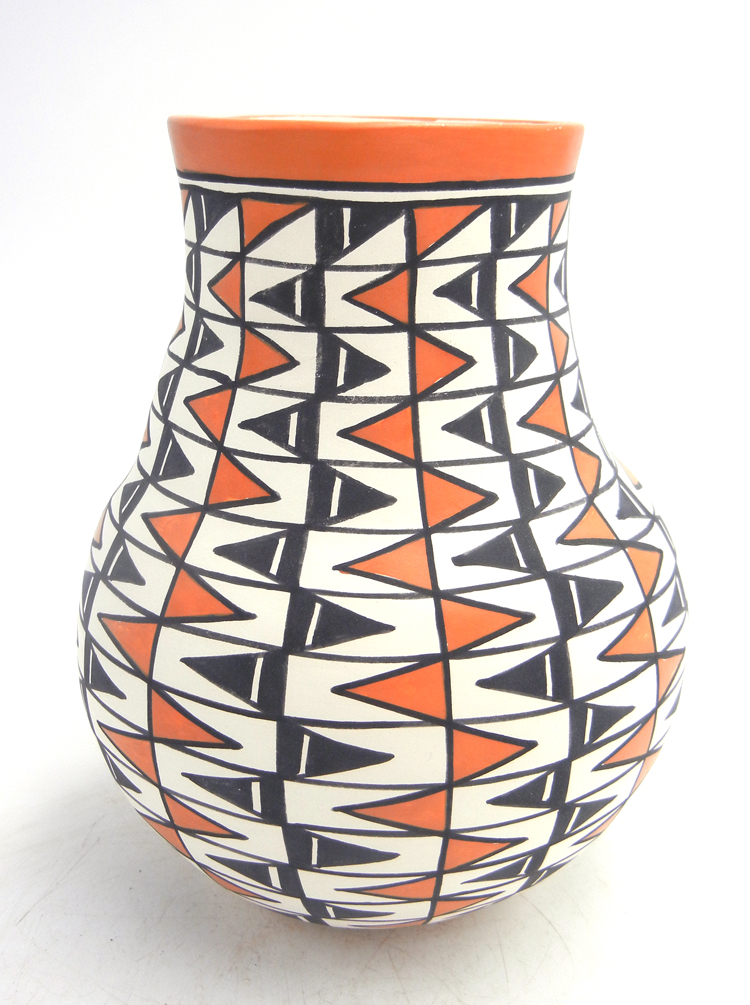 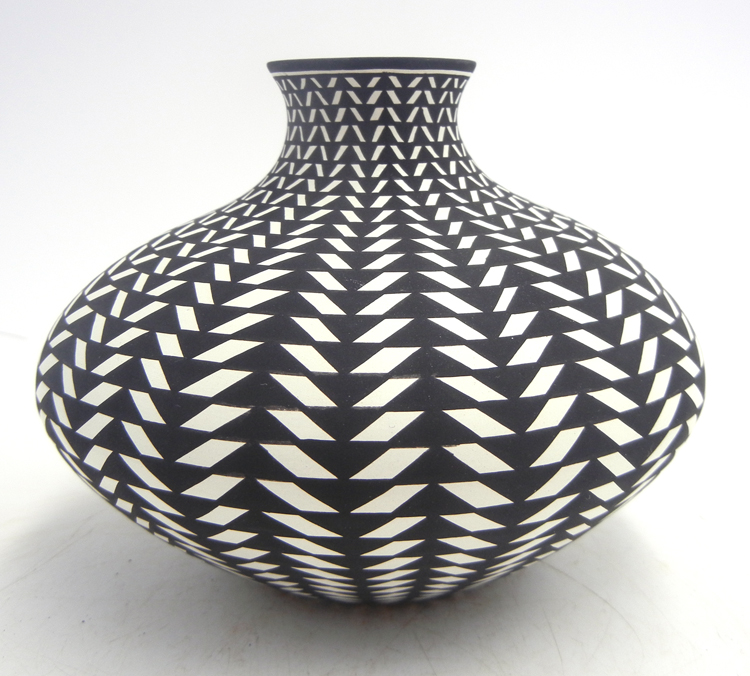 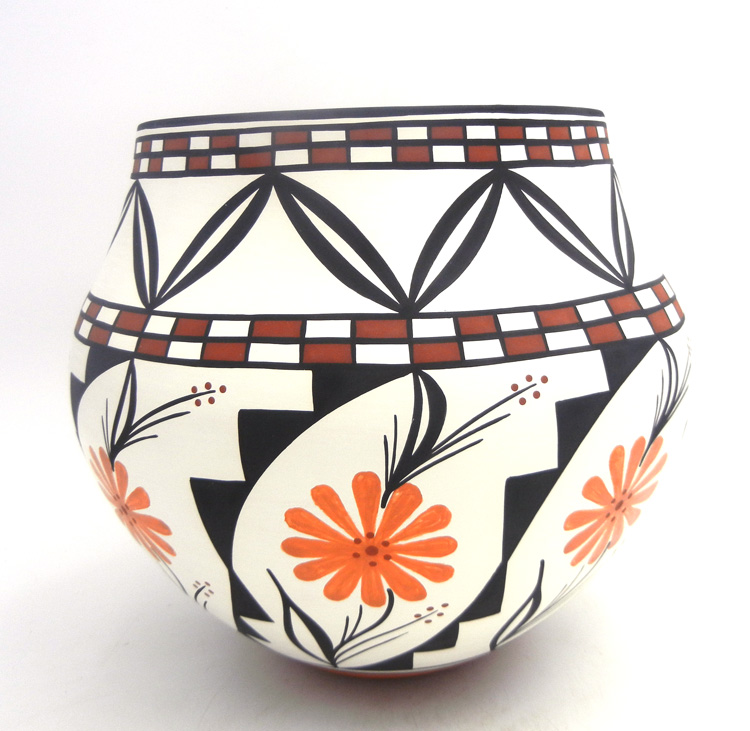 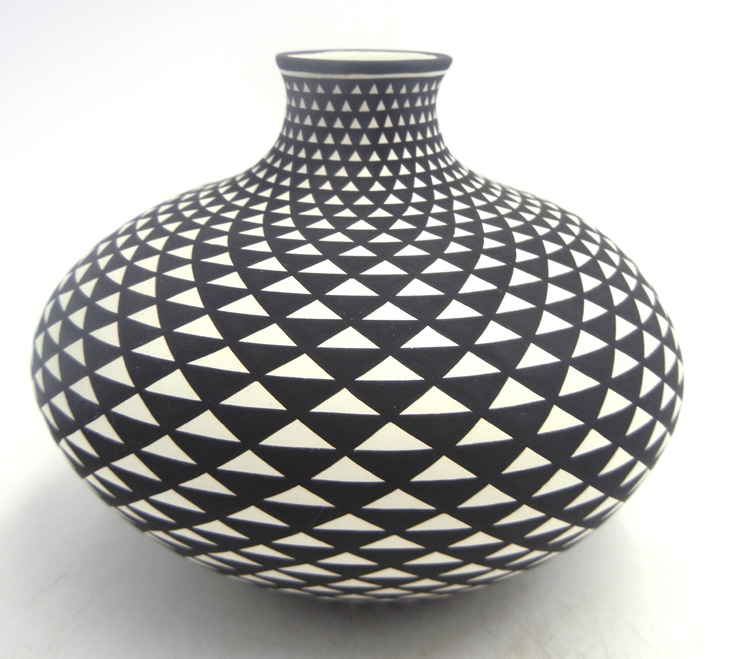 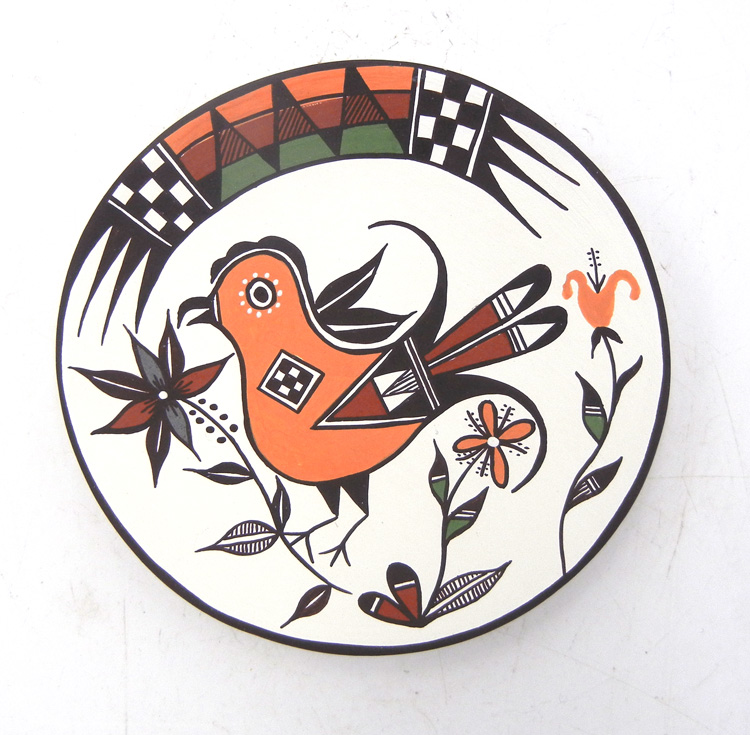 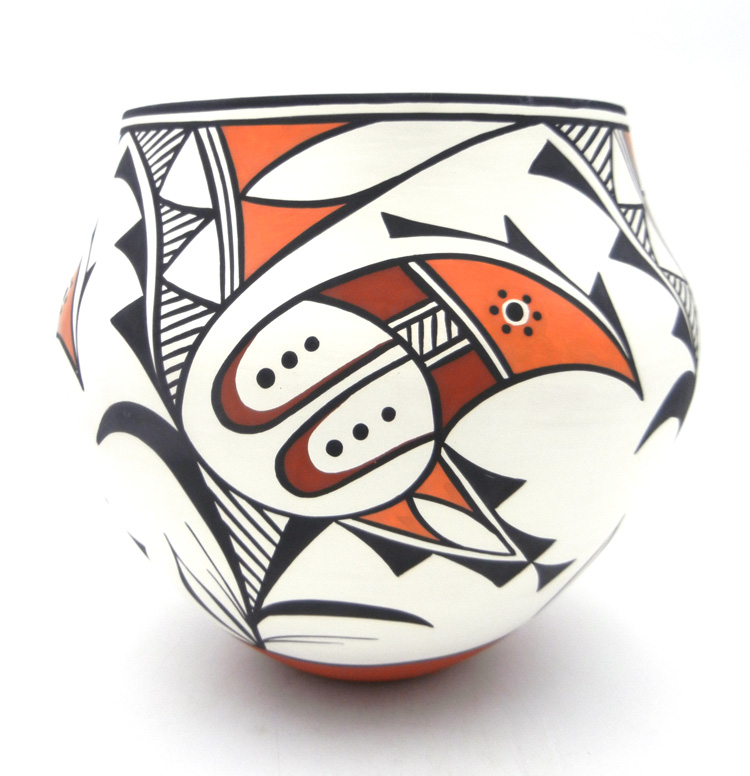 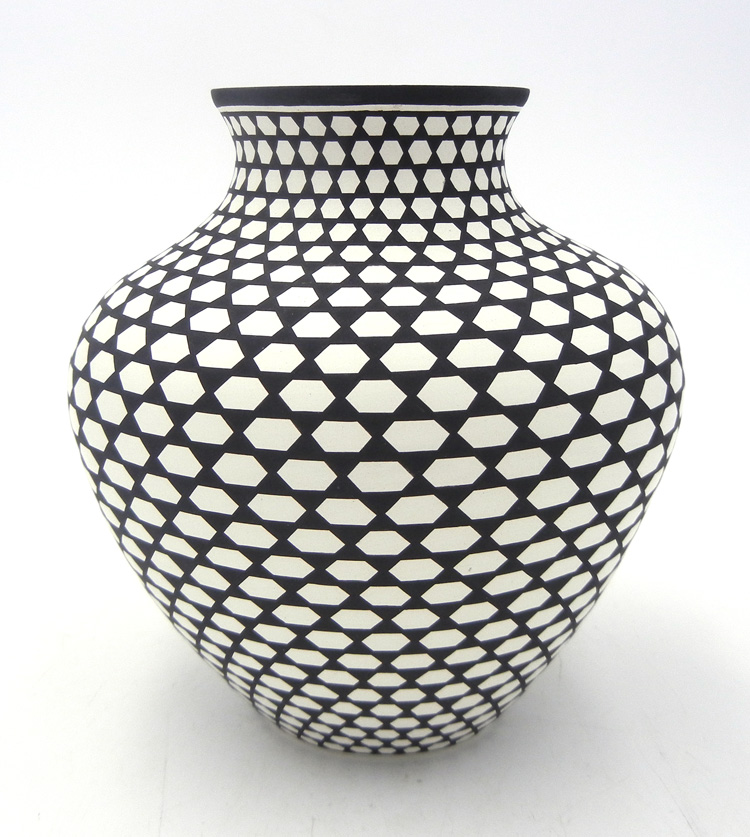 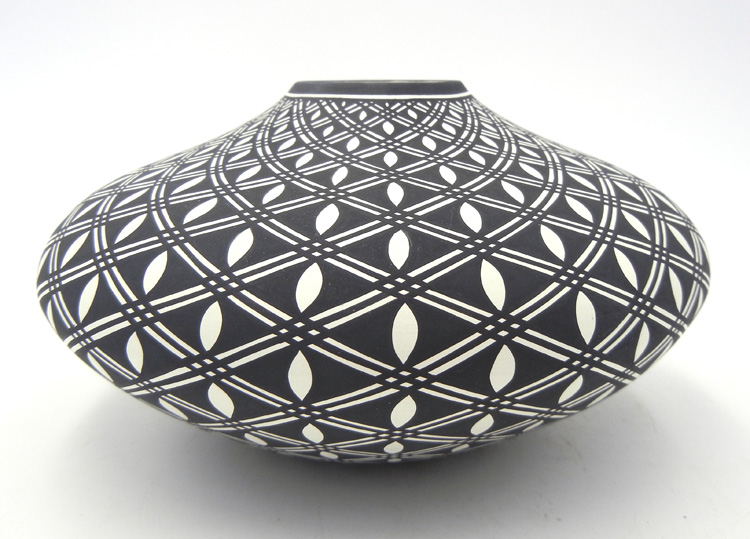 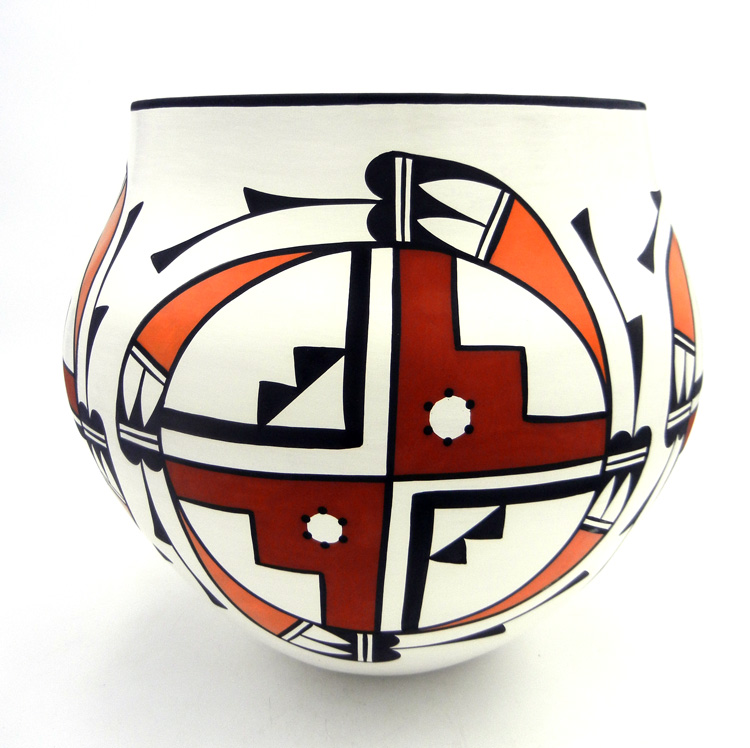 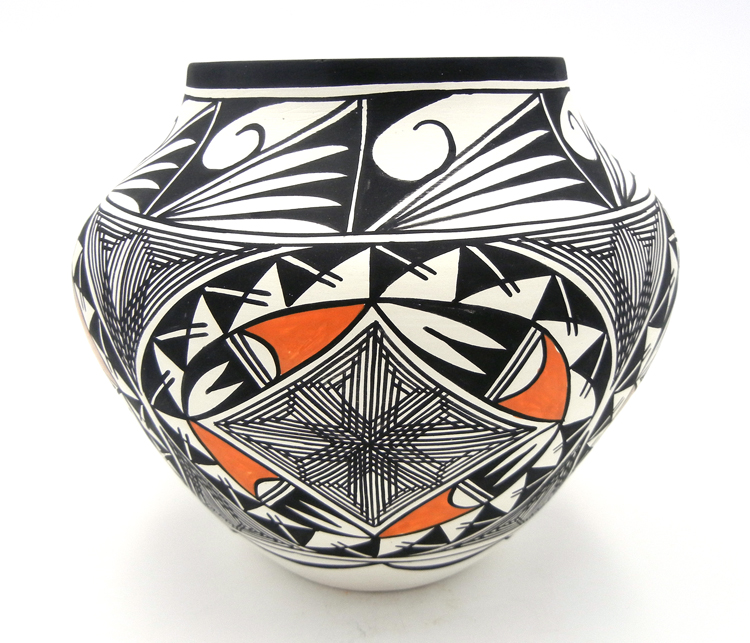 Acoma Pueblo, often called “Sky City,” is built on top of a near 400-foot mesa approximately 72 miles west of Albuquerque, New Mexico. The Pueblo has been continually inhabited since 1150 A.D., and the people of the Pueblo continue to practice the pottery making traditions of their ancestors.
Shop Now

Whether it’s called a pot, jar or bowl, the Acoma Pueblo pottery style is dominated by the olla-shaped vessel with a narrow base that gradually widens. The broadest section of the vessel is just before the taper towards the mouth begins

Another design common to Acoma Pueblo pottery is the parrot. Introduced by the Spanish, the parrot is special to the Acoma people; according to legend, the parrot led a group of Acoma women to a clean, cool watering hole.

Other Distinguishing Features of Acoma Pottery

Paula Estevan‘s work is “classic” Acoma Pueblo pottery. Estevan favors repeating geometric designs, often monochromatic, which have a dizzying effect on the eye, but the precision of her lines is astounding.

Our online selection is only a small sample of what Palms Trading Company carries in the store. If you would like to see more Acoma Pueblo pottery, please contact us to use our personal shopper service.