A Guide to Blue Corn and Pueblo Pottery 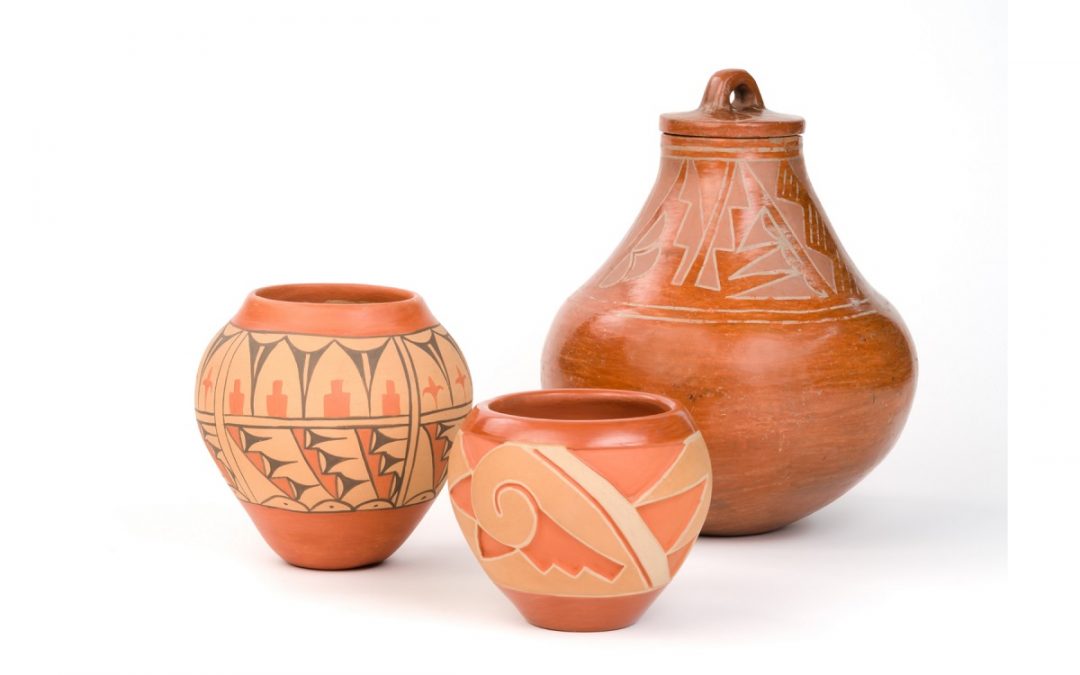 The Pueblo Peoples are a group of Indigenous tribes from the Southwest region of the United States who are widely renowned for their pottery and jewelry craft. When it comes to pottery, perhaps some of the most beautiful and interesting pieces can be seen in the Hopi Pueblo pottery tradition. Read on to learn more about the fascinating tradition of Hopi pottery and one of the most notable artists from the community, Blue Corn.

The traditional territory of the Hopi community is located in Northeastern Arizona, and the Hopi are widely known for their construction of beautiful Kachina dolls. However, there is also a long tradition of pottery making in the Hopi community, with many techniques shaped by master potter Nampeyo at the turn of the 20th century. The traditional pottery style and crafting techniques of Sikyatki were thought to be lost to the community; however, Nampeyo is credited with the revival of ancestral craft and techniques. The Hopi style of pottery is constructed by using long coils that are draped into the desired shape and then scraped together using a flat stone or shell. The paints used for the pottery are all created with natural minerals and ingredients, and the intricate designs are painted using a yucca leaf brush.

Blue Corn, also known as Crucita Calabaza, is one of the most widely known Hopi potters. In her early life, Blue Corn was a student at Santa Fe Indian School and was relocated to Southern California to live with some relatives after the passing of her parents. After a few years, Blue Corn returned to New Mexico and married a silversmith from the Santo Domingo tribe. Blue Corn then began to make pottery, grew in fame, and started receiving critical acclaim for her work. Her skillful technique, specifically the creation of polychrome whiteware, received notary from many publications, including the Wall Street Journal. Her pieces exist in many museums throughout the world, including the Smithsonian.

Blue Corn primarily worked in traditional Hopi Pueblo pottery styles, and during her expansive career, created many pieces with black-on-black detailing, redware, and polychrome pots. She was particularly known for her experiments with clays and colors, resulting in the creation of beautiful polychrome pieces. Polychrome is a process through which three or more mineral color slips are used to decorate hand-thrown pottery. The application varies between painting directly onto the surfaces, painting on raised or carved surfaces, or coloring an incised or bottom of a carved surface.

A beautiful piece of Hopi Pueblo pottery makes a lovely addition to any home, and at Palms Trading Company, we have a wide variety of pieces to offer our clients. Get in touch with us today, and we would be happy to connect you with our free personal shopper service to find the perfect piece of pueblo pottery for you or your loved one.