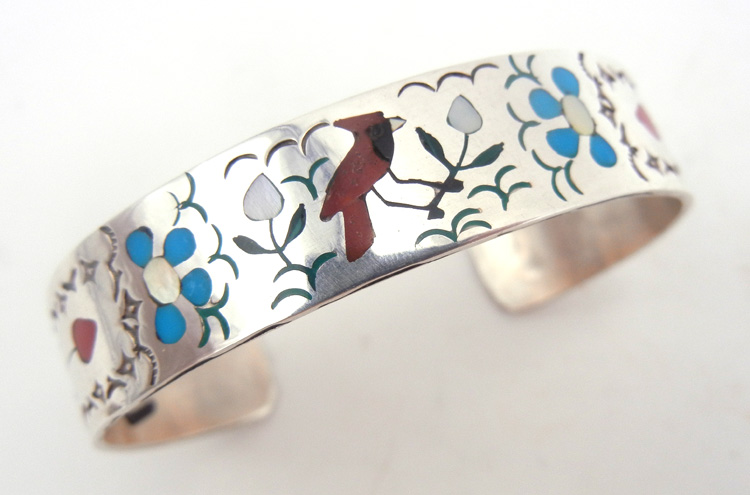 Not only is Native American jewelry unique and beautiful, but it is also steeped in culture, history, and tradition. The tribes that make these incredible pieces have been doing so for centuries with natural materials they find around them, such as shells, beads, bones, and stones. Each tribe has its own unique style of artistry, which often tells a story and reflects its culture and lifestyle.

Native American jewelry has been around for centuries, and it continues to be relevant today. The production of Native American jewelry depends on the tribe from which it is made. While the styles and materials may have undergone some changes over time, some pieces remain popular among collectors and enthusiasts alike. In fact, many modern designers use these tribal designs as sources of inspiration for their own works of jewelry. This shows how vital these beautiful designs are and how well-appreciated this ancient tradition is.

Native American Tribes and Their Jewelry

From fetishes and pottery to fine art and jewelry—Native American tribes are well known for their art. Among the most prominent Southwestern tribes are the Navajo, Hopi, Zuni, and Santo Domingo. Each tribe has its own distinctive style and history that is reflected in their jewelry. Members of each tribe often adorn themselves with their jewelry when they gather for religious purposes or cultural ceremonies. Here are some of the most common types of Native American jewelry:

The Navajo tribe’s jewelry is considered the most widespread and well-known of all the other tribes. Although the Navajo tribe had already been creating interesting pieces of jewelry, by the end of the 19th century and with the addition of other materials, Navajo jewelry began entering into a category unto its own. Atsidi Sani, a Navajo blacksmith, eventually transitioned into a silversmith after the Spanish colonials had introduced it to him after 1850. Sani began implementing silver into his jewelry making, a process he passed down to his sons.

The Hopi tribe has been traditionally most known for their intricately made Kachina dolls. However, the Hopi tribe is also known for their weaving of different textiles and materials, their coiled or snake-shaped baskets, and their silver “overlay” style jewelry which is also one of the most popular types of Native American jewelry. Unlike the Navajo, the Hopi tribe had scarce access to silver, meaning most of their jewelry was made out of shell, wood, seeds, bone, turquoise, and other stones. At the beginning of the 1900s, however, the Hopi tribe was more formally introduced to silversmithing, which led to the “overlay” style.

The process of “overlay” starts with carving culturally significant designs into two pieces of silver that are shaped almost identically. The bottom silver layer is then oxidized, which turns it black. The top layer, which is still silver, is fused to the black piece of silver. The outcome is a sturdy and beautiful piece of silver jewelry.

Zuni is one of the Native American tribes from New Mexico and has lived there for centuries. The Zuni people are famous for their traditional turquoise jewelry and intricate patterns. The turquoise stone, used in making jewelry, has been part of their culture for centuries. It has been considered sacred ever since they first discovered it in New Mexico. The stone is believed to be home to spirits and is said to bring good luck, health, and prosperity when worn.

Turquoise stones are often inlaid into shapes or symbols such as animals or flowers, along with other stones such as coral, mother of pearl, and jet. Made famous by Zuni jewelry artists are the needlepoint and petit point jewelry styles, which are created with small stones – made from the materials above – that are set in intricate designs. Both the petit point and needlepoint styles are types of Zuni clusterwork, which can be characterized by the sizing and shape of the stones used. Needlepoint work features gemstones that have been shaped and cut into a thin “needle” shape, while petit point features gemstones that have been cut into square, rectangular, round, oval, or pear shapes. Both jewelry styles are incredibly intricate and laborious, as artists hand cut the stones they use.

Most famously, the Zuni tribe is known for their handcrafted Zuni fetishes. These are hand-carved objects resembling different types of animals, traditionally made from turquoise, coral, shell, and jet, represent spirits and forces of nature. These animal objects usually represent an aspect of life or something the owner needs. They can provide strength, protection, healing properties, luck in hunting, and more.

Since ancient times, the Santo Domingo tribe has been known to use shell, silver, and turquoise when crafting their jewelry. One of their most popular materials are specific beads, known as heishi, which are used in their Native American earrings, necklaces, rings, and more. Bead makers grind, drill, and string these beads together, resulting in a beautiful effect. They also wear earrings made from bone, which symbolize strength and confidence in themselves, along with necklaces made out of animal teeth.

Shop With Us Today!

Be it bracelets or earnings, Native American jewelry has always been a popular choice for those who want to purchase a piece of art that comes from a history of culture and tradition. There are many examples to choose from, so if you want to know more about the specific jewelry handcrafted by each tribe, contact Palms Trading today.