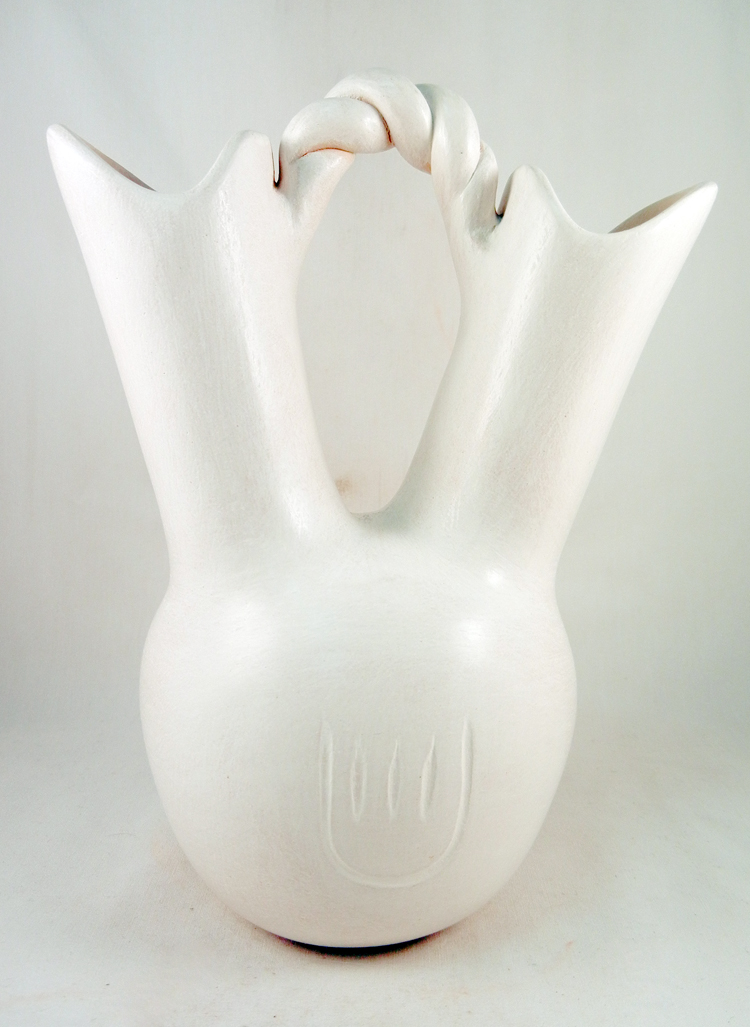 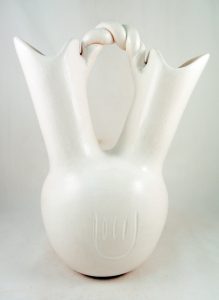 A week or two before a couple is married by a Catholic priest, the future husband’s parents make a Wedding Vase.  When the vase has been made, the husband, along with his parents and relatives, go to the bride’s house.  The bride brings out everything she will need to establish the couple’s new home together: clothing, utensils, mattress, moccasins, corn and any other homemaking essentials, including her white manta wedding dress.

Both the bride’s and groom’s parents give the young couple advice to help them have a happy and successful marriage.  Indian holy water is placed in the Wedding Vase and the vase is turned and given to the bride.  She drinks from one side of the vase, turns it around again and gives it to the groom, who then drinks from the opposite side.  This ceremony unites them as one.