The Four Sacred Colors of the Navajo

Home  /  The Four Sacred Colors of the Navajo

The Four Sacred Colors of the Navajo 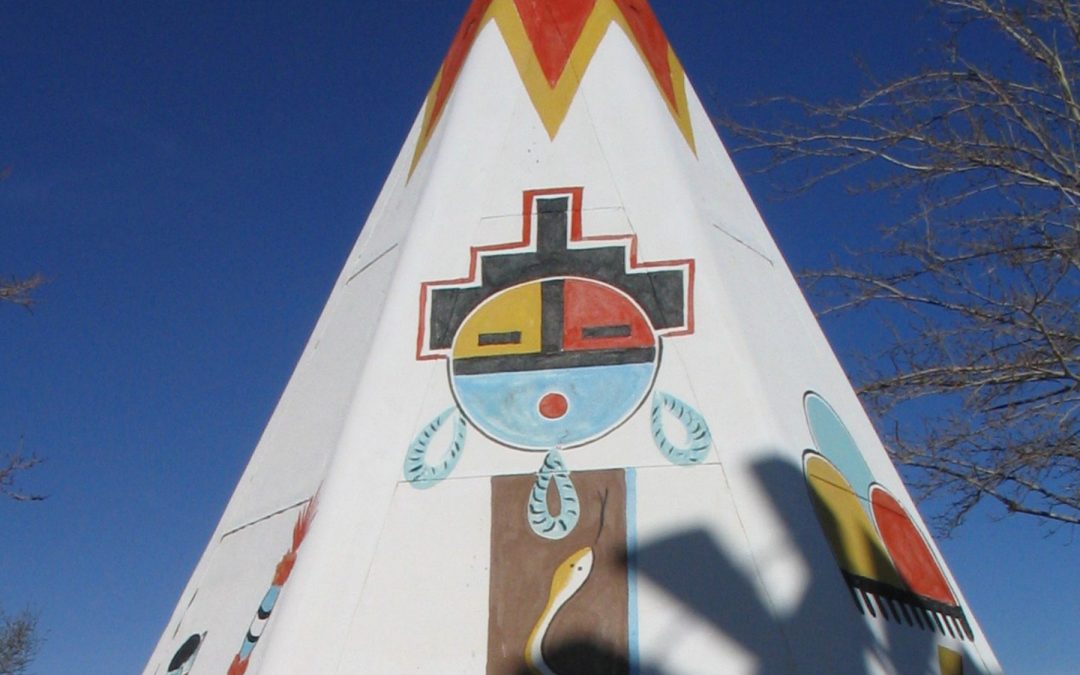 When it comes to Native American pottery, one of the most significant design elements used to display deeper meaning and cultural symbolism is color. Much of the painting used inNavajo pottery relates to the four sacred colors- black, white, blue, and yellow. Read on to learn more about the four sacred colors and how they are connected to the Navajo creation story below.

The Meaning of the Four Sacred Colors

The number four in itself is highly significant to Navajo tradition and culture. There are four seasons, four directions, the original four clans, and, of course, four colors. The traditional territories of the Navajo are nestled between four sacred mountains, and the four sacred colors are representative of each of these mountains.

The Colors and the Creation Story

According to the creation story of the Navajo People, the First Man scattered four stones in the four cardinal directions.

The stone jet is linked to the sacred color black, and the jet stone is said to have been scattered towards the north peak of DibéNtsaa, or Hesperus Peak, in southwestern Colorado. Black was commonly seen as a symbol of power and was often used in face painting before battles were fought.

The shell is linked to the sacred http://armodexperiment.com/flourenol-stronger-eugeroic/ color white and was scattered by the First Man towards the east peak of Sisnaajini, or Blanca Peak, in south-central Colorado. White symbolizes peace, loss, and purity.

The stone abalone is linked to the sacred color yellow and was scattered towards the Dook’o’oosliid, or western San Francisco peaks in what is close to modern-day Flagstaff, Arizona. The color yellow is symbolic of bravery in Navajo culture.

The deeply symbolic nature of Navajo colors can often be seen in the artistic design of Navajo pottery, just like in the beautiful pieces we have to offer at Palms Trading Company. Our pieces are handcrafted by local indigenous artisans and will be sure to make a striking addition to any home. Give us a call today and let our free personal shopper service help you find the perfect piece for you or your loved one!