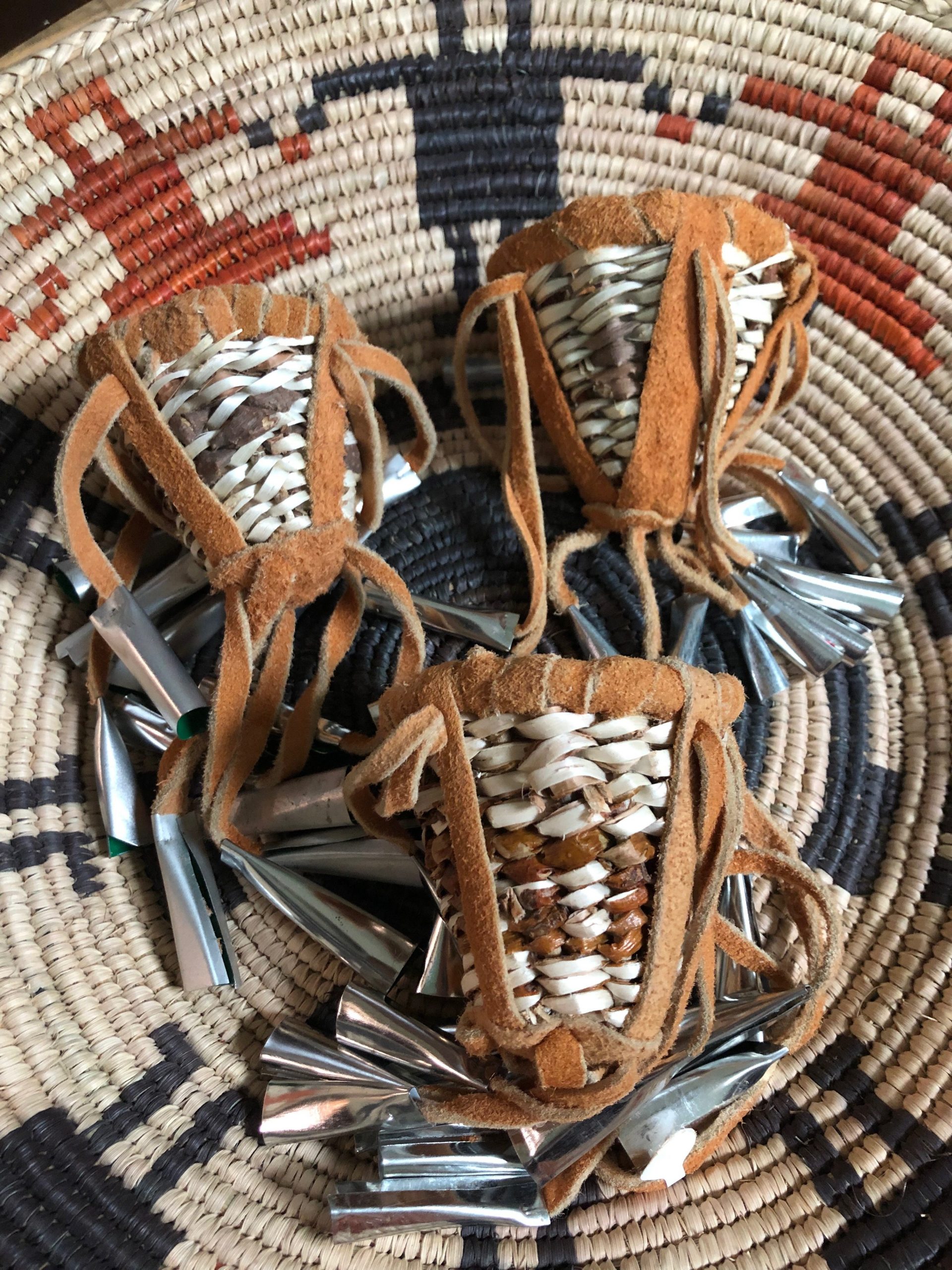 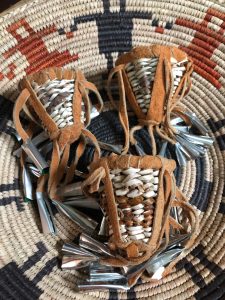 Once made for every day use in collecting or gathering wild foods, or to cultivate crops like corn, the Burden Basket of the Apache Tribe is one of the most quickly recognized items pertaining to Native American cultures today.

The Apaches, traditionally nomadic hunters and food gatherers, first used burden baskets woven by women to carry firewood, roots, or berries.  The tassels, typically made from deer or cow skin, were mainly for ceremonial or decorative use, while the tin featured at the bottom of the tassels was placed for ornamentation, or to ward off snakes while gathering.

Today, however, burden baskets are made to sell, or for special use during a young girl’s puberty ceremony, or “sunrise dance,” as many now call it.

The symbolic meaning behind the Apache Burden Basket, however, adds a new, intricate, and interesting meaning to these expressions of culture. Apache society is matrilineal and matrilocal, meaning that the women traditionally controlled the wealth and authority in their clans. If an Apache man wanted to marry an Apache woman, he would have to ask his future mother-in-law for his future bride’s hand, and if the future mother-in-law gave her permission, the groom to be could no longer make eye contact with her, or talk directly to her from that time on. This was considered the ultimate act of respect, as the future mother-in-law was now allowing him to live under her roof, with her daughter. Burden baskets, then, were created so that when the mother-in-law walked with the basket, the tin ornamentation would alert her son-in-law to her whereabouts, and allow him to avoid accidentally making eye contact with her to preserve his respect.

These baskets can come in any size, from a few inches to three feet high. The skills of basket making are generally passed down from mother to daughter over many generations, however, today very few weavers remain. These baskets are made by weaving together various natural materials from the countryside, including devil’s clay, yucca root, willow, and sometimes even cottonwood, which are woven around foundation rods collected from mulberry trees and other local vegetation.  Darker colored plants are woven into the lighter material to made designs, which include cultural symbols, animals, human forms, or insects such a butterflies. Other geometric forms that represent lightning or mountains are also used, but some design meanings have been list over time because they are so old in origin.

Additionally, burden baskets are cone shaped, with flat or rounded bottoms. Buckskin and cone jungles made of tin are often added to enhance each basket, and nearly all baskets feature a buckskin carry strap, which was once worn around the head or shoulders.