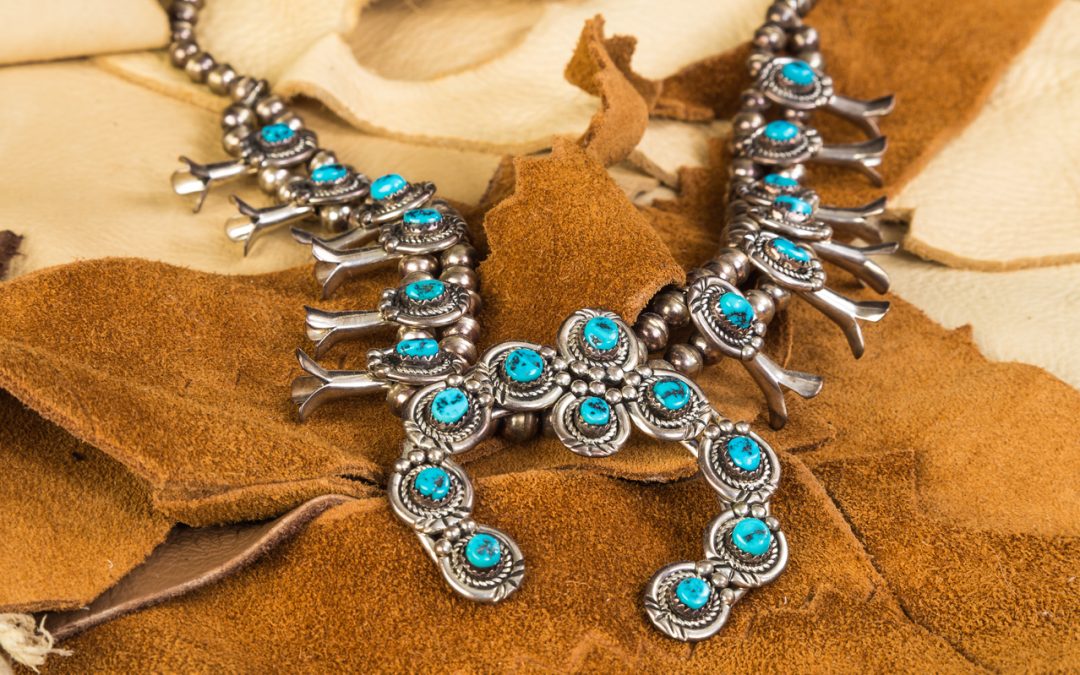 What is a Squash Blossom Necklace?

A squash blossom necklace is made primarily from silver and turquoise (or other semi-precious stones) and may feature silver beads surrounding beads that look like they are blooming, hence the term “blossom.”  It is said that these blossoms are fashioned after the pomegranate flower, seen on Spanish conquistadors. The horseshoe-shaped Naja is the focal point of any squash blossom necklace, typically strung at the bottom. Squash blossom necklaces predate English contact with Native Americans in the southwestern United States but are thought to be influenced by the Spanish. Squash blossom necklaces date as far back as the 1870s, and have remained fairly consistently popular throughout history.

What is the Naja?

The Naja is the horseshoe or crescent moon shaped pendant at the bottom of a squash blossom necklace. The Naja is thought to provide protection, and when there is a turquoise bead suspended in the middle of it, it is meant to symbolize a baby in the womb. Additionally, the Naja is thought to ward off evil spirits. Over time, and with each generation, the naja became more and more symbolic with various ceremonials. As most ceremonials were related to the agricultural cycle, the naja became associated with crop fertility.

Where to Buy Squash Blossom Necklaces