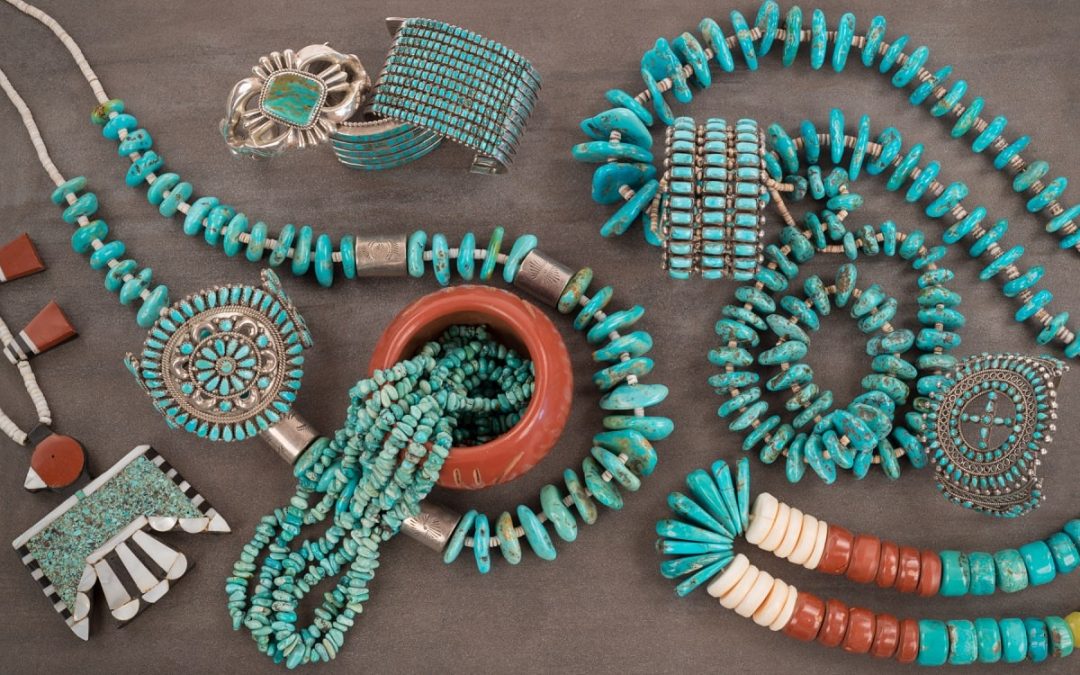 In Native American tribes, particularly in the Southwestern United States, jewelry craft is a widely recognized art form and pieces are coveted by collectors and everyday people alike. While there are some common similarities between jewelry traditions of different tribes, such as connection to culture and the use of natural elements, there are also many distinctions that make the styles originating from each tribe unique. Check out some of these similarities and differences between the designs of Santo Domingo and Navajo jewelry.

In various Native American cultures, jewelry has served many different purposes, both historically and today. Tribal jewelry in the past has been used as a form of currency and trade between both tribes and with European colonists. In the present day, jewelry making plays a significant role in the arts and crafts sector of tribal economies. Jewelry as adornment within tribes also often played a special role in spiritual practices and served as an indicator of the wearer’s social status.

Among the Pueblo tribes of the American southwest, there has historically been an exchange of materials and crafting techniques when it comes to jewelry making. With the introduction of silversmithing in the 1800s by Spanish settlers, the use of sterling silver is commonly seen in all jewelry traditions of the region. The Indigenous tribes also drew from natural elements such as bones, feathers, wood, and shells in jewelry crafting. Stones that were abundant in the areas that can often be seen in jewelry include turquoise, hematite, jet, coral, and onyx.

Traditional jewelry made by the Santo Domingo tribe in what is now present-day New Mexico includes jewelry crafted with turquoise and shells. Some of the notable styles include intricate mosaic inlay designs constructed over shells or bones. Santo Domingo artisans are also known for the construction of heish beads, which are tiny disc or tube-shaped beads crafted from bone, stone, or shell.

The traditional territory of the Navajo peoples includes portions of Arizona, Utah, and New Mexico, and they are viewed as extraordinary silversmiths. Widely known for their use of turquoise, popular Navajo jewelry design techniques also include flowers, silver leaves, hand stamping, and sandcast jewelry. Perhaps the most notable style of jewelry emerging from the Navajo tradition is the squash blossom necklace, which consists of a silver beaded necklace with beads forming blossom petals and a crescent-shaped pendant at the base of the necklace.

If you’re interested in purchasing a piece of Santo Domingo or Navajo jewelry of your own, get in touch with us today at Palms Trading Company. We have a wide variety of exquisitely crafted jewelry, and our professional staff will make sure you go home with the perfect piece to add to your collection!