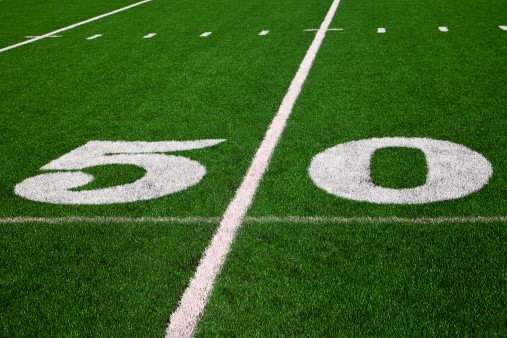 On June 8th through the 14th, the Jim Thorpe Native American Games will be held in Shawnee, Oklahoma. The games are attended by thousands of athletes who represent Native American Indian nations, tribes and bands from the US who come together for a week of “sports and fellowship”.

Jim Thorpe is considered to be one of the most versatile and talented athletes of modern sports. He competed in semi-professional baseball, college and professional football and competed in the 1912 Olympic Games in Sweden. He was even the nominal first president of the American Professional Football Association (APFA) which later became the National Football League (NFL).

Thorpe, born in 1888, was raised a member of the Sac and Fox tribe in what is now Oklahoma. His mother, Charlotte Vieux, was of French and Potawatomi descent. His father was from Irish and Sac and Fox descent. Thorpe was baptized Jacobus Franciscus Thorpe in the Roman Catholic Church, but his Native American Indian name was Wa-Tho-Huk, which translated to “Bright Path”.

During college, Thorpe gained attention as a spectacular running back, defensive back, placekicker and punter. All-American honors were awarded to him in 1911 and 1912.

In the 1912 Olympic Games, he competed in the pentathlon in which he won the gold medal, as well as in the Decathlon. His medals, taken away due to a controversy, were reinstated in 1983.

The Jim Thorpe Games began in 2012 to celebrate the 100th Anniversary of Jim Thorpe’s medal-winning performances in the 1912 Olympic Games in Sweden. The Games are a 501c3 charitable organization that “encourages excellence in sports, academics, health and fitness”.

70 different tribes have been represented by athletes since the founding of the games. Athletes participate in 10 different sports and scholarships are awarded to one male and one female graduating high school senior. There is also a Parade of Nations and Opening Ceremony activities as well as entertainment and a fireworks show.