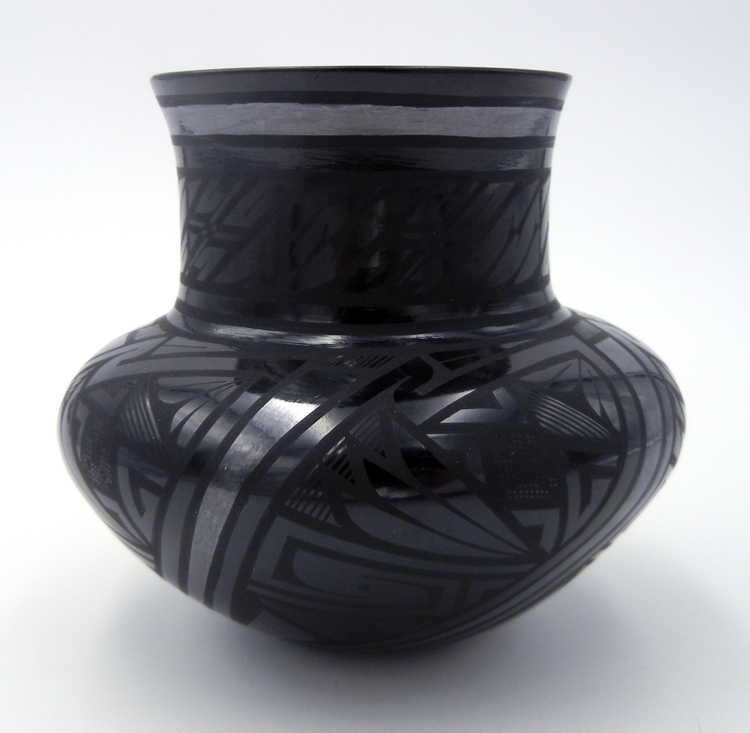 At Palms Trading Company, we are proud to provide a collection that includes hand-made Native American Indian arts and crafts. However, we also carry another type of hand-made pottery: Mata Ortiz. 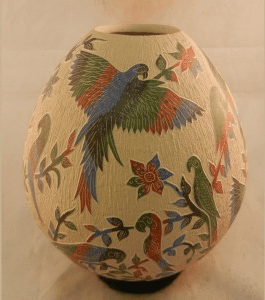 What is Mata Ortiz Pottery? 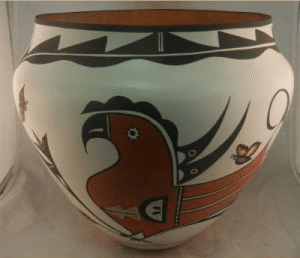 Mata Ortiz pottery is a revival of an ancient Mesoamerican pottery tradition, specifically the pre-Columbian civilization that called the city of Paquimé home. Remembered only by ruins of its art and architecture, the movement to reinvent their pottery didn’t start until the man responsible for the revival, Juan Quezada, found shards of pottery as he wandered the hills as a boy.

For years, Quezada worked to reinvent the art of Paquimé pottery. Through trial and error, he taught himself to shape the pottery, slowly fire the pots at low temperatures and how to use native minerals to create the same pigments as the Paquimé pottery.

In 1976, while still working for the railroad, Quezada began selling his pottery in small border shops. He also began to teach his family the techniques. His work wasn’t widely noticed until Spencer MacCallum, anthropologist and art historian, found his work at a swap shop in New Mexico. When Spencer found out the pottery was modern, not created by ancient hands, he offered Juan a stipend that allowed him to focus solely on his pottery.

Today, Mata Ortiz pottery is made by Quezada and his family as well as other members of the Mata Ortiz village. Quezada’s pottery, and that of other village members, has continued to gain appreciation and fame—their work was even presented to Pope John Paul II. The prominence of Mata Ortiz pottery has also helped the village overcome the deep poverty that it once found itself in.

Although Mata Ortiz pottery is based on ancient art and technique, the artists of Mata Ortiz are encouraged to prize quality over quantity and to continue to be innovative with their style. At Palms Trading Company, we are proud to maintain relationships with the Mata Ortiz artists and to offer this beautiful, hand-made pottery to our customers! Come in today and we will be happy to help you find the perfect Mata Ortiz pot for your collection, or you can browse our online Mata Ortiz collection!