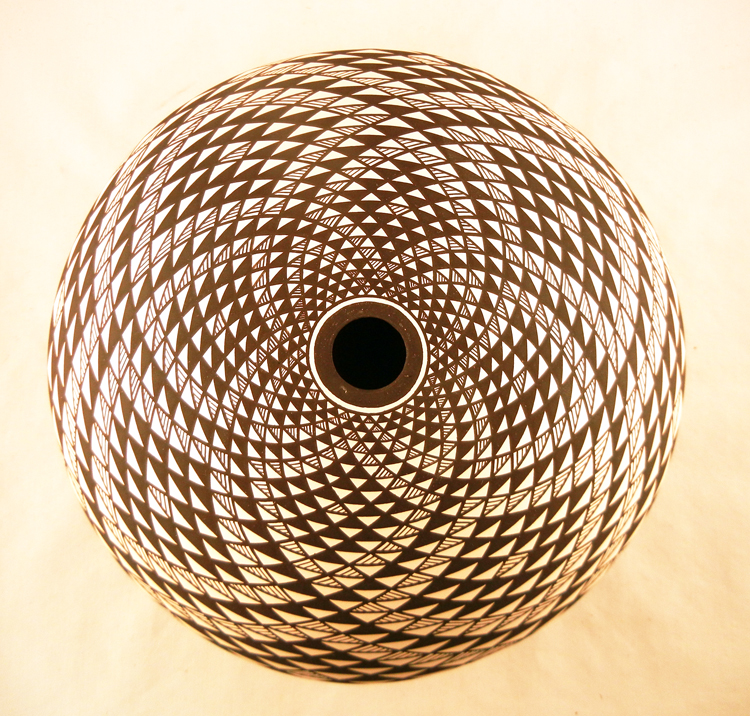 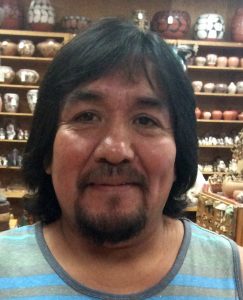 So many of the artists we work and come into contact with every day are exceptionally talented creators and painters. Fewer, however, are able to create the wonderfully intricate work that this month’s Artist Spotlight, Laguna potter Robert Kasero, does.

Robert was born November 1, 1968 to Henry and Marie (Romero) Kasero. His father was a welder, but his mother created pottery for many of the Pueblo’s traditional ceremonies.  At Marie’s side, Robert learned to paint greenware, as well as all about forming and firing pottery, and has been creating pieces since he was 13 years old. 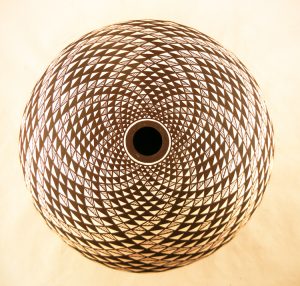 Years later, Robert met well-known Acoma potter Paula Estevan-Vallo, who encouraged and mentored him to do the beautiful intricate painting he is lauded for today. His perfectly symmetrical and overlapping triangles and fine line designs exhibit extraordinary patience, though even after 17 years, he says there’s still so much to learn!  While he has never entered his own stunning work into shows, Robert’s patrons have done so, and have received many accolades, including Best of Show at the 2013 Gallup Intertribal Ceremonial.

Less known about Robert is that he also carved beautiful Kachinas in the Hopi style, from a single piece of cottonwood root, for a time.