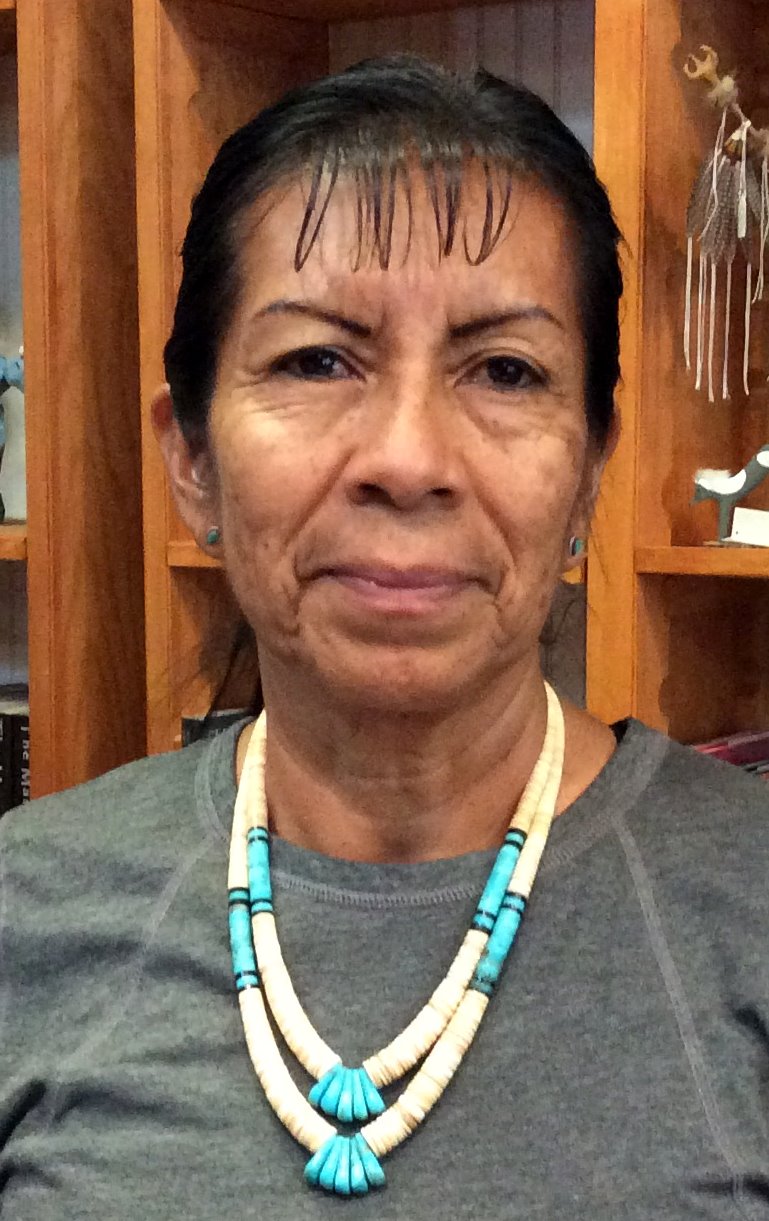 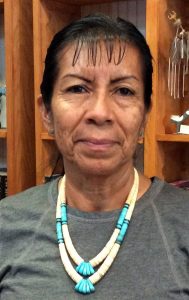 While we here at Palms treasure each relationship we have with the artists we work with daily, there are some artists, having worked with them over decades, and whom we see often, we feel special bonds with.  Our August Artist Spotlight potter, Anita “Pauline” Romero, is one of those artists.

Pauline, as we have always known her, was born to Persingula R. Tosa on September 25, 1962.  She learned the art of 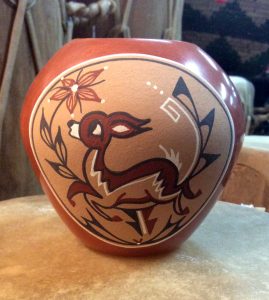 pottery making from her mother, as well as her grandmother, Lupe M. Romero, when she was a teenager, and often incorporates designs she learned from both women in her work, such as the deer painted on the piece to the right.

Pauline takes seriously the family tradition aspect of pottery making, passing the knowledge of the art on to her children, daughters Leonore and Krista Romero, as well as to her grandchildren.  In fact, Pauline’s granddaughter Isabelle, only three years old, loves to “help” her grandmother in the pottery making process, which is done in the same, traditional way she learned as a teenager.  Pauline digs clay from a special place known only to a select few in her family, mixes and sorts it, coils and forms pots by hand,

then polishes the pieces with stone.

Pauline, a versatile potter, creates pieces ranging from vases to storytellers to owls, though all are created in the same, traditional way and feature the recognizable Jemez painted and polished red.  Also red? The incredible Jemez enchiladas Pauline brings in from time to time to share with all of us, created lovingly by hand, just like her pottery. 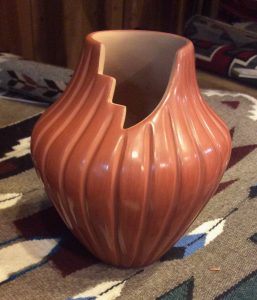 In the over 20 years we have been working with Pauline, it’s always been a joy to see and speak with her.  She inevitably has stories to share with us, engaging us in conversation and laughter, and her kind and vibrant personality always shine through.  We look forward to many more years working with Pauline, and sharing her beautiful artistry with you.