About Kachinas, Part 2: Names and Purposes

About Kachinas, Part 2: Names and Purposes 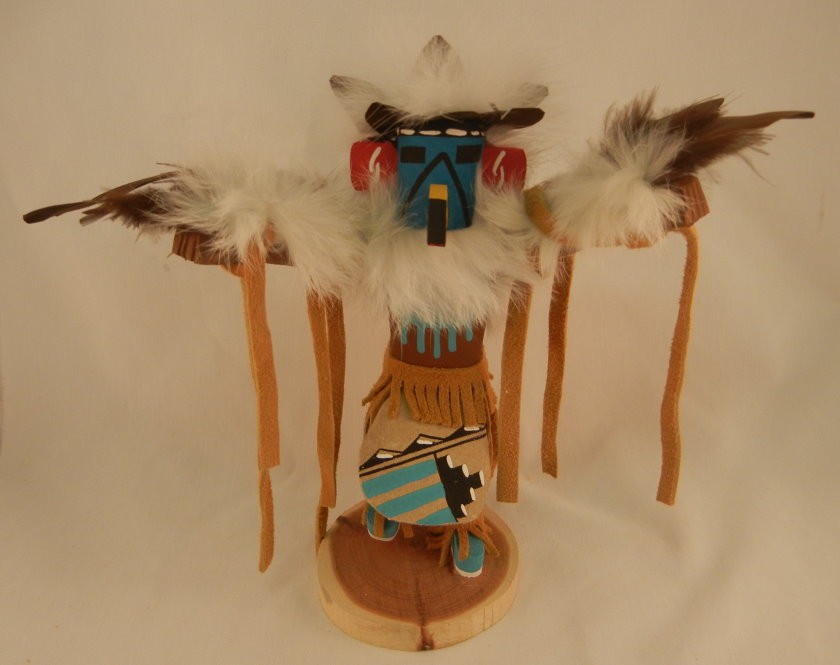 Last month, we featured part 1 of our 3 part blog series on Native American Indian kachinas. There, we detailed the myths, legends and spiritual beliefs behind the kachinas and their doll counterparts. This month, we’re exploring the kachinas you’ll find and their role within the kachina tradition.

Within the kachina spiritual tradition, there are hundreds of kachina, and each falls into different category according to their purpose:

The ogres are disciplinary kachinas. Their purpose is to frighten children into good behavior. During ceremonies, they demand food and visit each home in the pueblo or village. Each ogre has his or her own personality and role within a ceremony.

The ogre kachinas include:

Guards or warriors enforce actions such as communal cleaning of springs or actas guards to prevent interruptions during ceremonies. They may carry yucca whips or bows.

The guard or warrior kachinas include:

Runners are racing kachinas who run and race with the men of the pueblos during ceremonies. Those who lose the race are whipped with yucca leaves, are forced to eat chile or have mud thrown at them by the Runners, while those who beat them are given piki bread.

The Runner kachinas include: 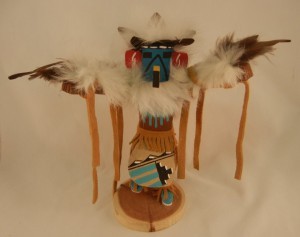 Chief kachinas are important, and particular Chiefs are important to certain clans. Their roles mirror that of the elders — they look after the well-being of the clan, and can only be portrayed by specific clan members.

The Chief kachinas include:

Female kachinas are the wives, mothers and sisters of the other kachina spirits, but they are often still portrayed by men. The exception is Pachavuin Mana. Each usually accompanies another kachina.

The female kachinas include:

Animal kachinas act as advisors, doctors and teachers. They have taught the use and administration of herbs in healing and taught the warriors about avoiding danger.

The Animal kachinas include:

The Great Horned Owl Kachina in this image is a great example!

Other kachina groups can include plants, whippers, hunters and kachinas borrowed from other pueblos. Thus, the list above is not at all an exhaustive one. Each pueblo uses the likenesses of different kachinas, which can also include some of the most famous kachinas:

Next month, part three of our three part series on kachinas will examine how these beautiful and intricate dolls are created, so don’t forget to check back!