A Turquoise Ring - Ideal for a Modern, Atypical Look 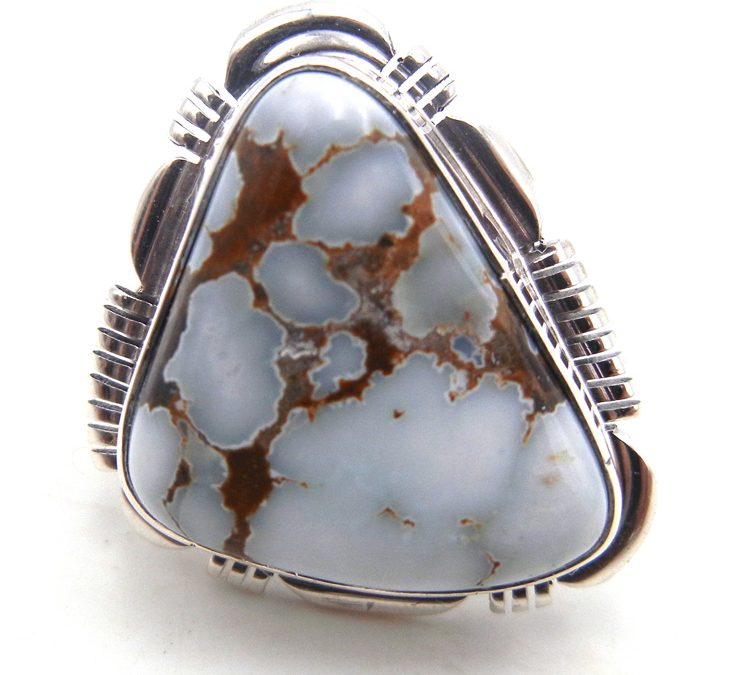 The circular shape of rings represents the circle of life. Gifting rings to friends and loved ones is a 6000-year-old tradition. It is believed that when a person gifts a turquoise ring to someone, prosperity and good fortune are bestowed upon them. Native Americans often wear turquoise rings on multiple fingers on each hand.

Designs were carved or engraved into metal rings. By 1890, Native Americans had become well versed in metal smithing and were able to carry out more complex work on their rings. Their newfound ability allowed them to create bezel settings for stones, which later became a characteristic of Native American craftsmanship.

The Importance of Turquoise in Native American Culture

Turquoise’s tendency to change color when continually exposed to the elements sets it apart. Native Americans consider it a living stone in since it is believed that turquoise brings good fortune. The Navajo people hang turquoise from their ceilings or store turquoise stones in baskets to ward off evil spirits.

Native American warriors used to bring turquoise stones to battles, as it was believed that turquoise could protect the wearer from harm. Turquoise plays an important part in almost all Native American myths. One legend suggests that when it rains after a dry spell, human tears seep into the earth, and turquoise is formed. The stone holds a special significance in many Native American cultures and is used in various Native American ceremonies.

Native Americans also believe that turquoise has healing properties and can heal physically and mentally sick people. In many Native American cultures, the stone symbolizes life. Native Americans carry them in their sacred pouches or wear them around their neck in the form of beaded necklaces.

Palms Trading Company offers a wide range of handmade turquoise rings. Every ring in our collection is a shining example of Native American craftsmanship. To learn more, call 505-247-8504 today!