A Resurgence of Mata Ortiz Pottery

A Resurgence of Mata Ortiz Pottery 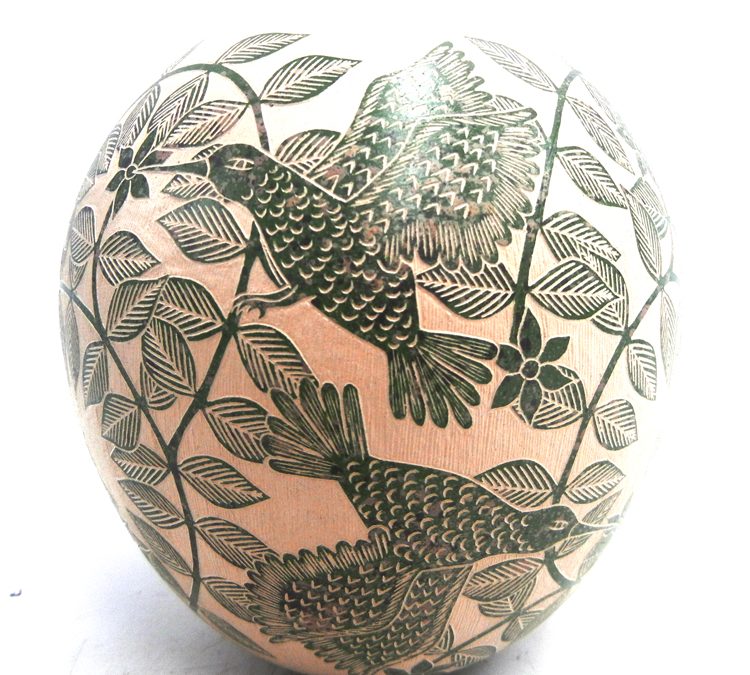 The saying that certain pieces of art are timeless perfectly explains Mata Ortiz Pottery. Named after the village in which it originated, Mata Ortiz is a small village of over 1000 people located in Chihuahua, Mexico. Although being a potter in Mata Ortiz today is the most common job title, pottery was practically a lost form of art forty years ago.

That was until a railroad worker by the name of Juan Quezada became fascinated with the art form. During the 1960s, he spent much of his time exploring the nearby mountainous area, collecting whatever objects he found or needed along the way. He eventually stumbled upon the site known as Paquime, or Casas Grandes, an ancient Native American village established before Spanish colonization. The inhabitants of Paquime were advanced and skilled potters, but creating pottery eventually started dying out due to the village’s colonization.

While exploring Paquime in the 1970s, Quezada came across ancient remnants of pottery that the village would create, mainly in the form of small shards or broken pieces of pottery. Because of his inherent curious nature, Quezada began trying to replicate the pottery of these ancient civilizations.

Through years of perfecting his craft, not without immense failure to recreate this intricate pottery, Juan Quezada advanced his skills to the point where he could recreate Paquime pieces without thought. Artists must always insert themselves into their art or creation, and Quezada was no exception with his self-taught approach. Using his hard-earned skills, he began to impart his knowledge and craftsmanship to his loved ones and other members of Mata Ortiz.

Other parts of the world, the southwest border of the United States in particular, began to notice the works he and his village members created, establishing him as a one-of-a-kind potter. Today, their creations are worth thousands of dollars, and he and his village’s pottery is collected by all and renowned around the world.

What makes Mata Ortiz pottery one-of-a-kind is not only the person responsible for its resurgence but the process of actually forming the pottery. Pottery wheels are not used in the making of Mata Ortiz pottery. Instead, they are formed by hand, unlike most forms. The clay is first gathered from nearby mountains and then mixed with water to make it easier to form. Once the clay is ready to be formed, it is rolled onto a thin sheet that is then cut into strips and made into whatever shape the potter desires. The firing process is also unique, being that kilns are not used to harden the clay. Rather, trash cans are usually hung upside down, covered with cow dung or wood, and then set ablaze. Designs are then hand-painted by the potter, mainly in the form of symbolic geometric shapes.

There is no exclusivity when it comes to who can be a potter in Mata Ortiz. Quezada was a trailblazer for obvious reasons, but also because more often than not, women were associated as the creators of different types of pottery. Quezada set the stage for anyone who wanted to learn more about this intricate and almost lost art form.

Add a Piece of Mata Ortiz Pottery to Your Collection Today!

Without Juan Quezada and his admiring curiosity, the art of Mata Ortiz pottery could have been lost forever. Thanks to him, we are able to enjoy and appreciate what the Paquime village created long before other potters, or even Quezada, were involved.

If you are interested in Mata Ortiz pottery, Palms Trading Company is the place to find it. We carry a wide selection of Mata Ortiz pots, as well as other beautiful examples of pottery. Contact us today!