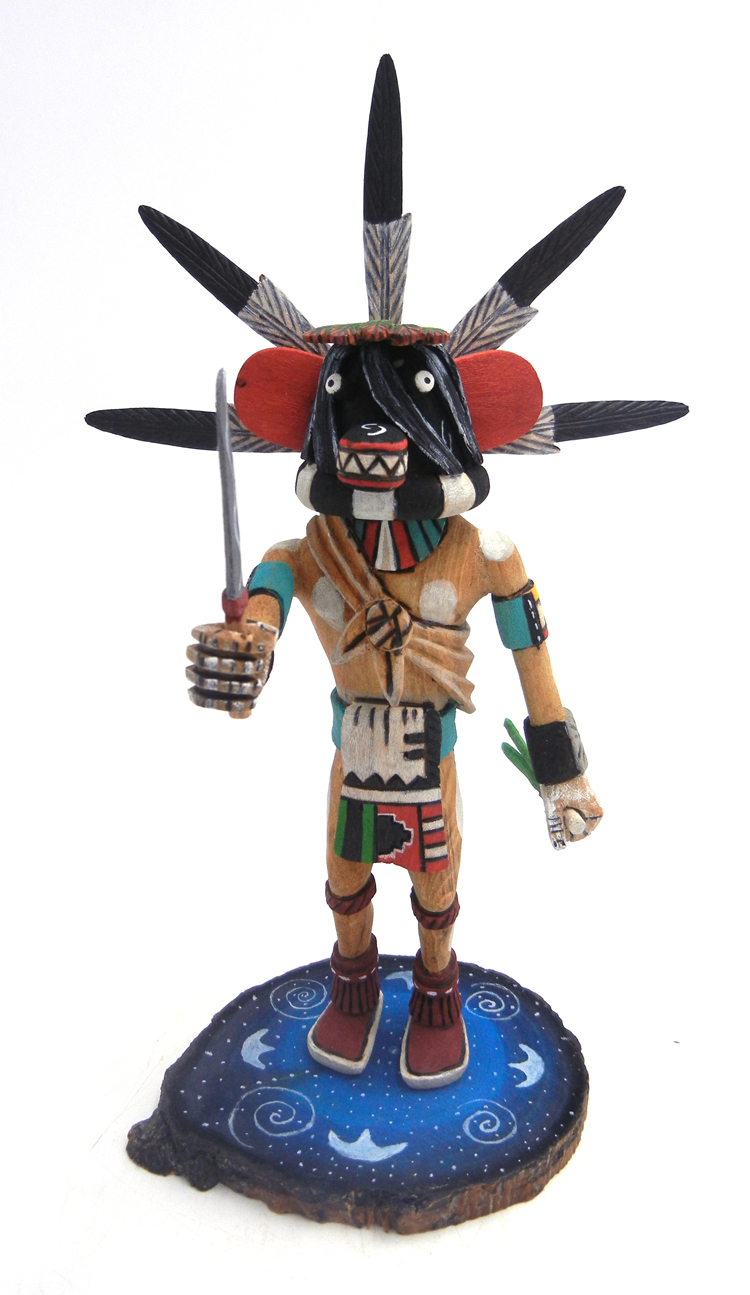 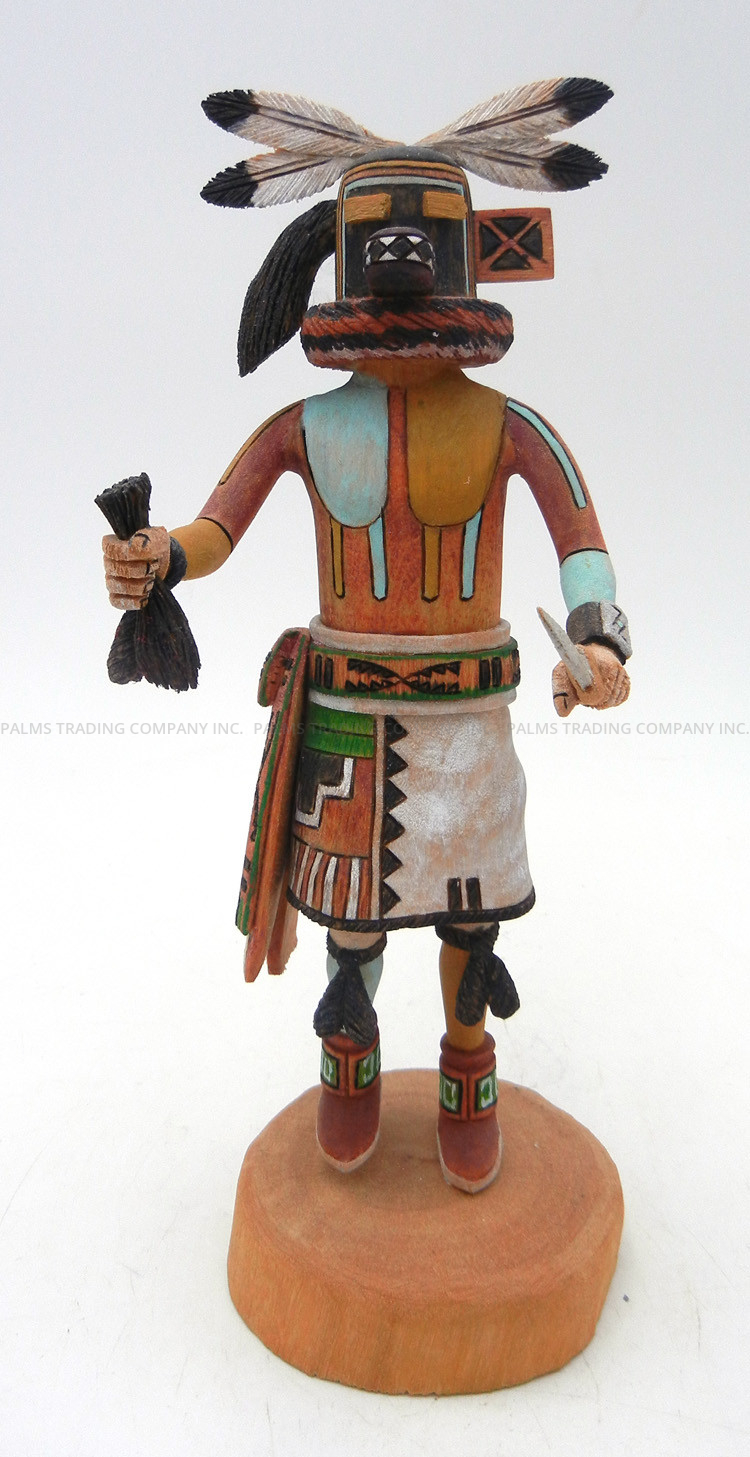 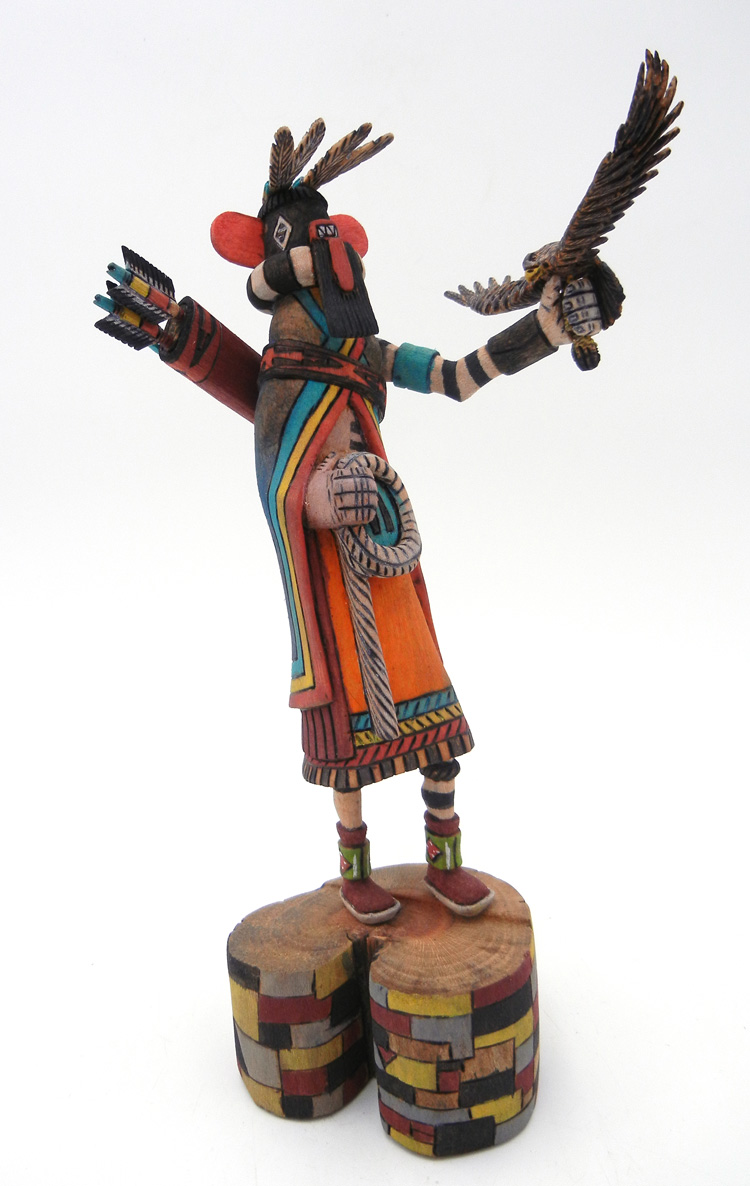 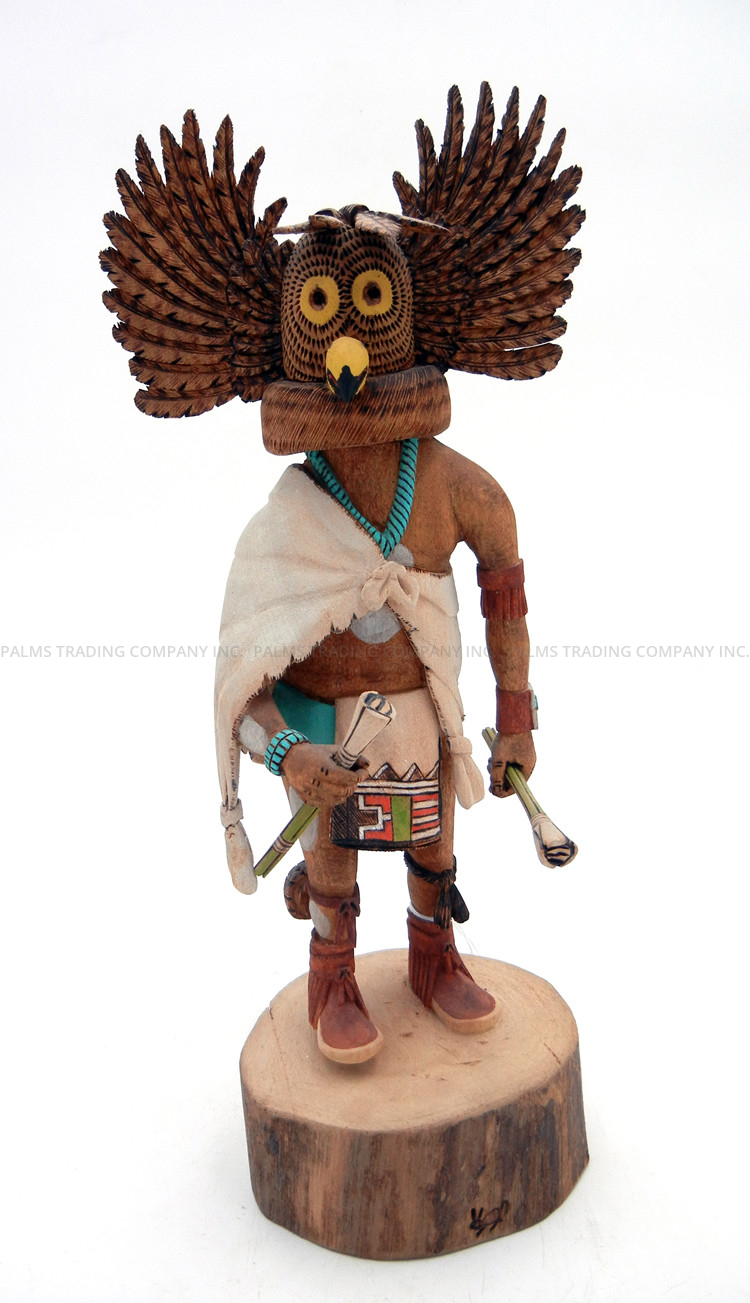 Hopi kachina dolls used for instructional purposes were (and still are) created to be appropriate for the age of the child they are given to. For instance, kachina dolls made for infants are flat figures with minimally identifying characteristics, and those for toddlers are made with flat bodies with three-dimensional faces. The full-bodied kachina dolls are given to children over the age of two.

As Western expansion brought more white settlers and their religion into the Southwest, Hopi religion was repressed. For a short time, kachina doll carving nearly stopped. However, under new federal legislation that protected their rights, Hopis once again began carving kachina dolls in the 1930s. The new generation of kachina dolls was more life-like and detailed than their predecessors’.

Palms Trading Company has a fine selection of Native American Indian kachina dolls, including dolls carved in the Hopi tradition using only one piece of cottonwood tree root. Most objects that the Hopi figure wears or holds in its hands are carved, and bright colors highlight the intricate detail of these dolls. However, some Hopi dolls also feature feathers and rabbit fur, which are not carved.

If you would like to see more Hopi kachina dolls, please contact us to use our personal shopper service.