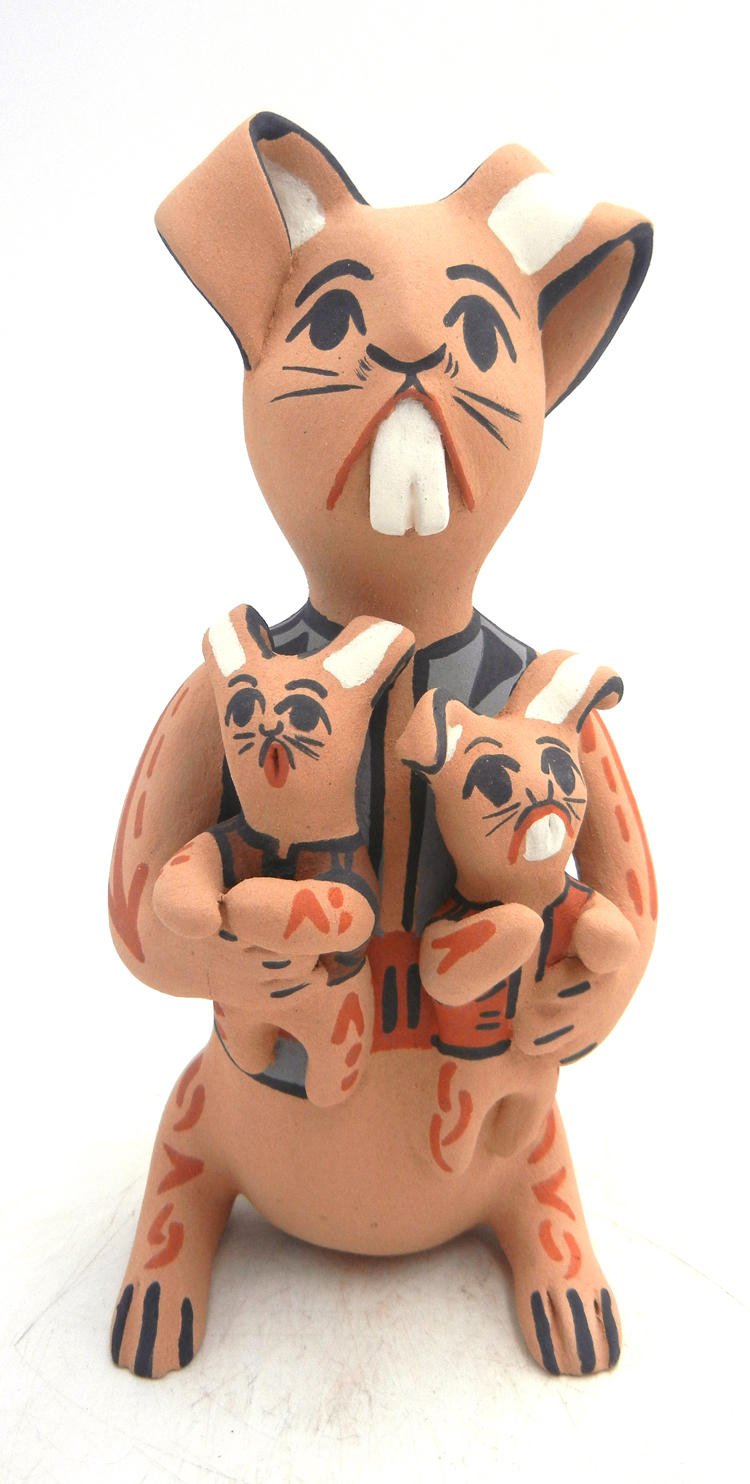 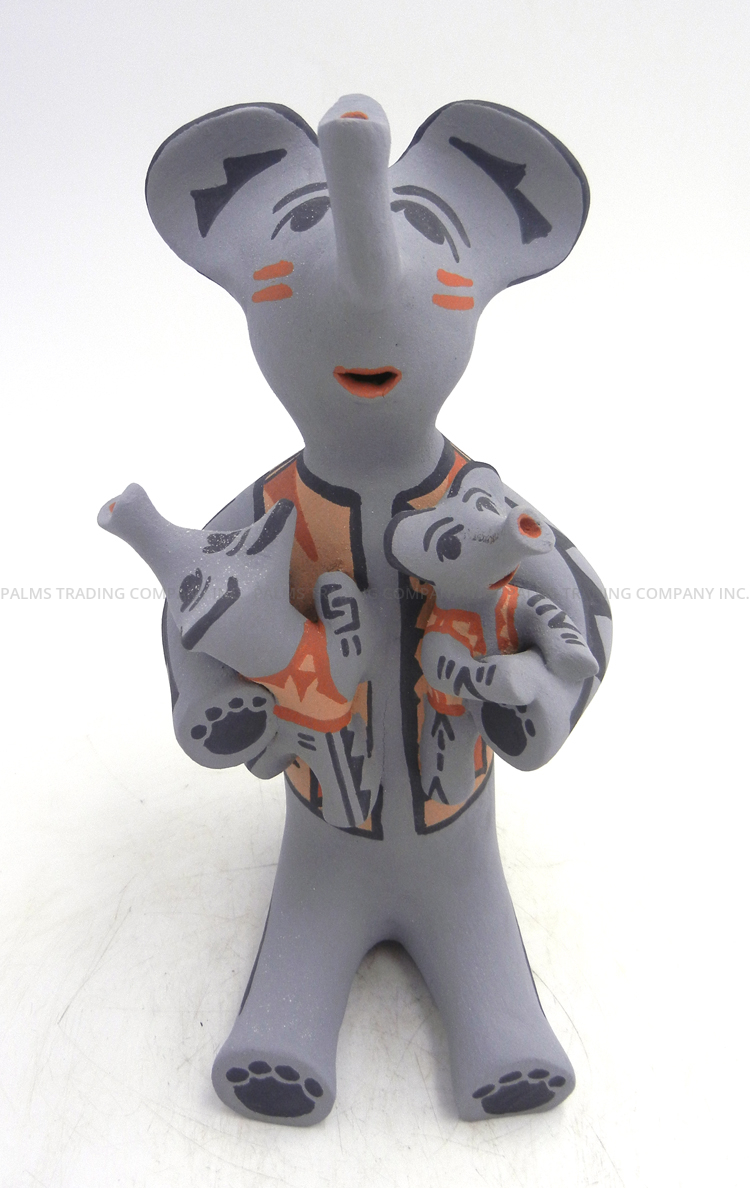 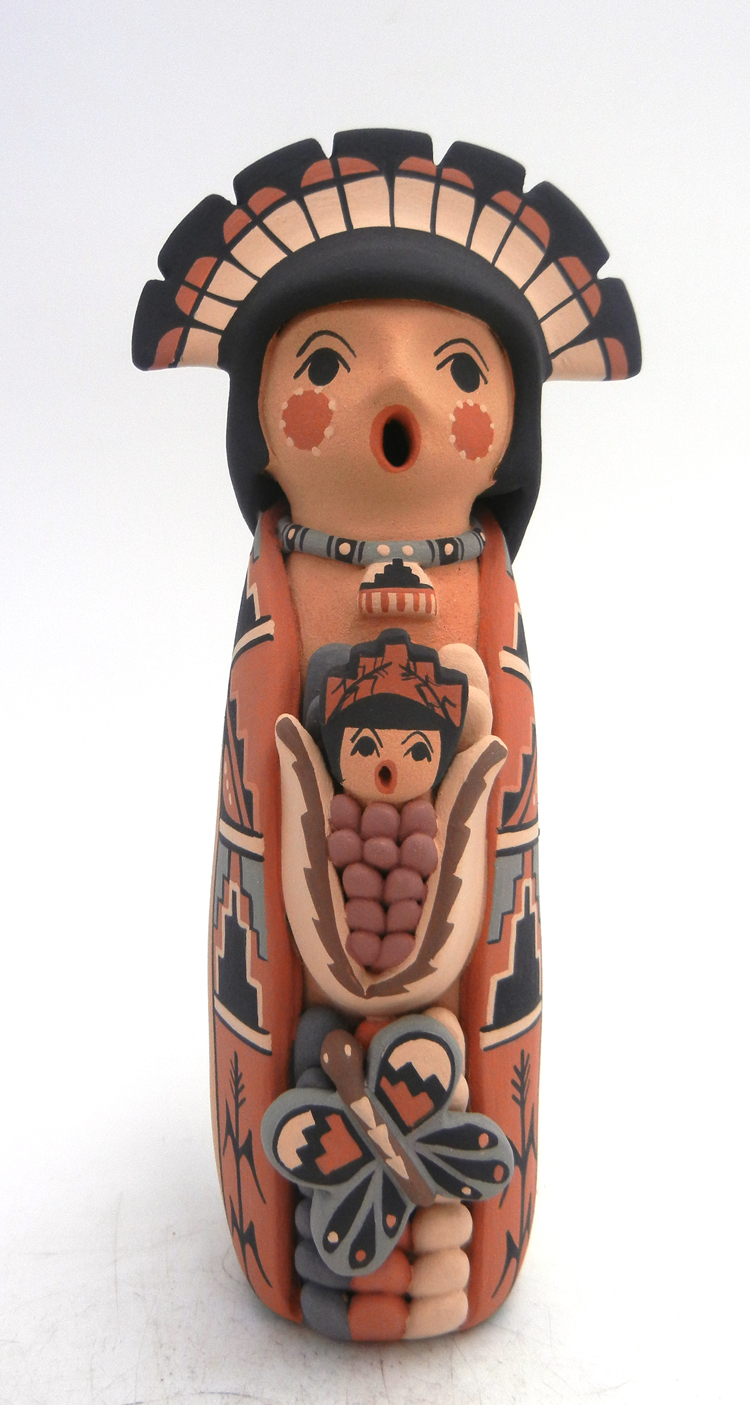 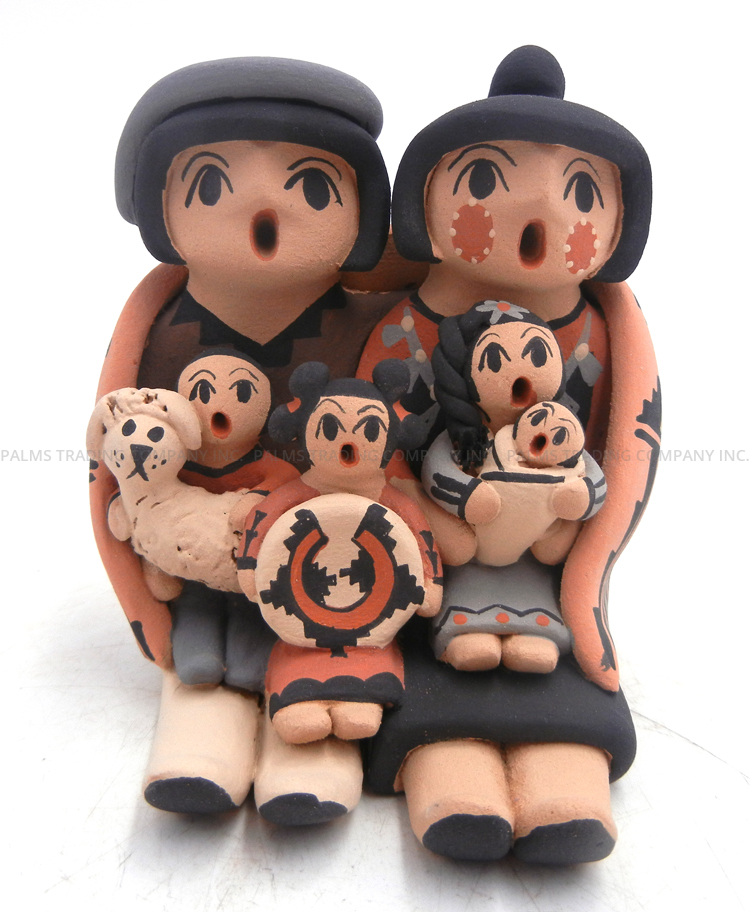 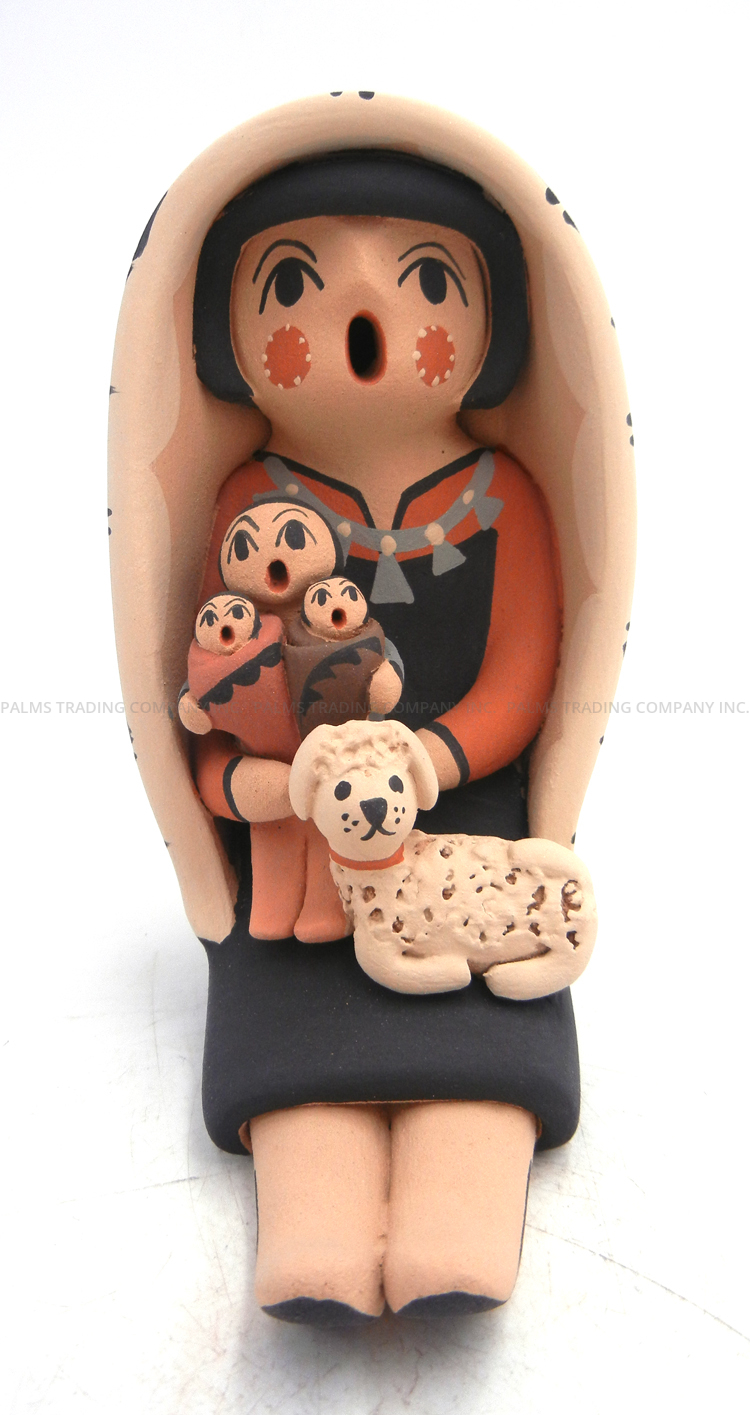 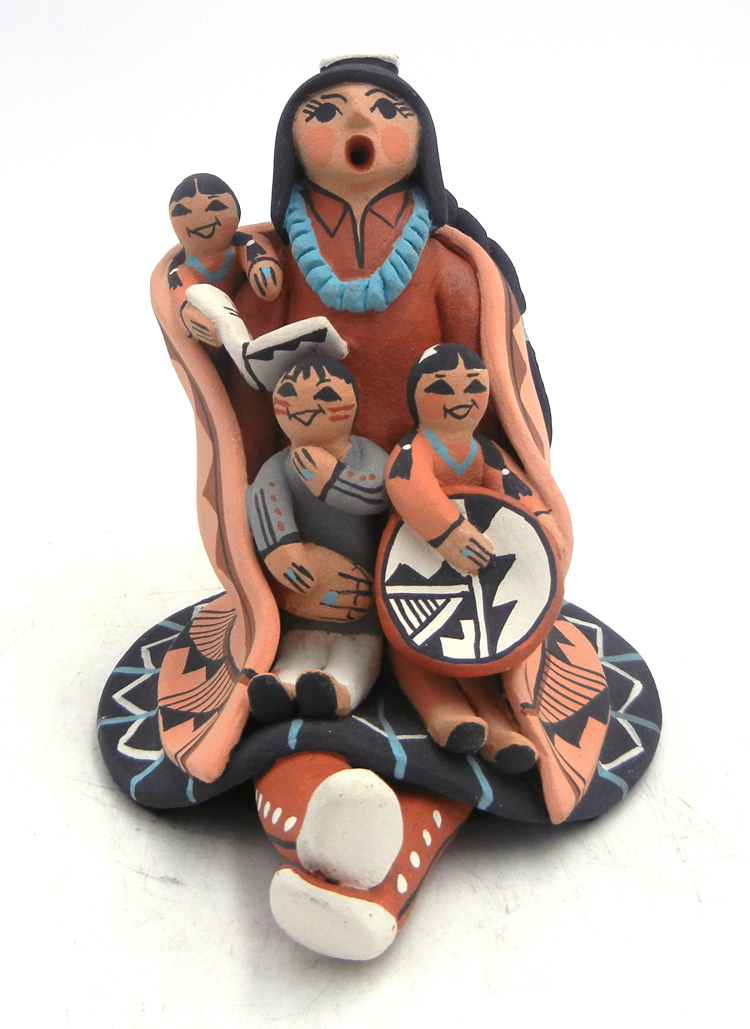 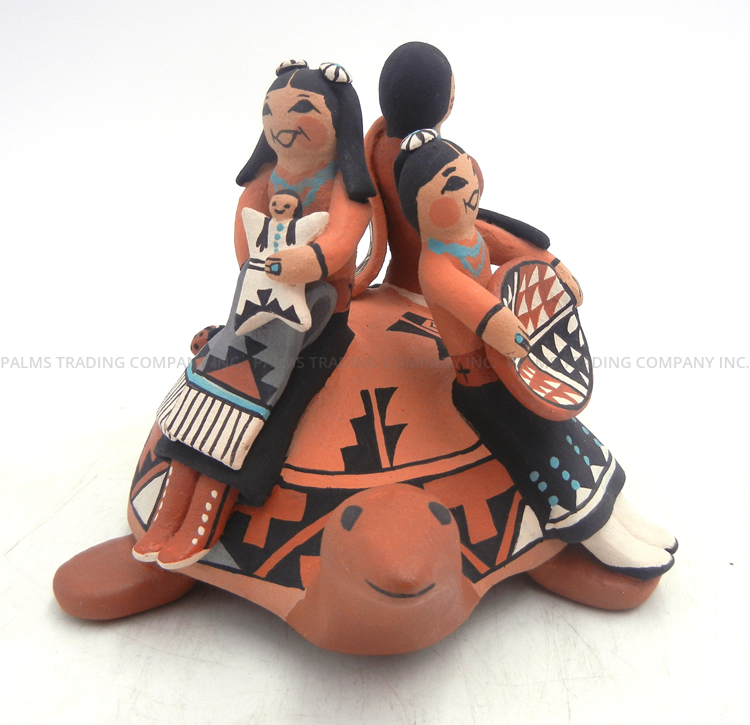 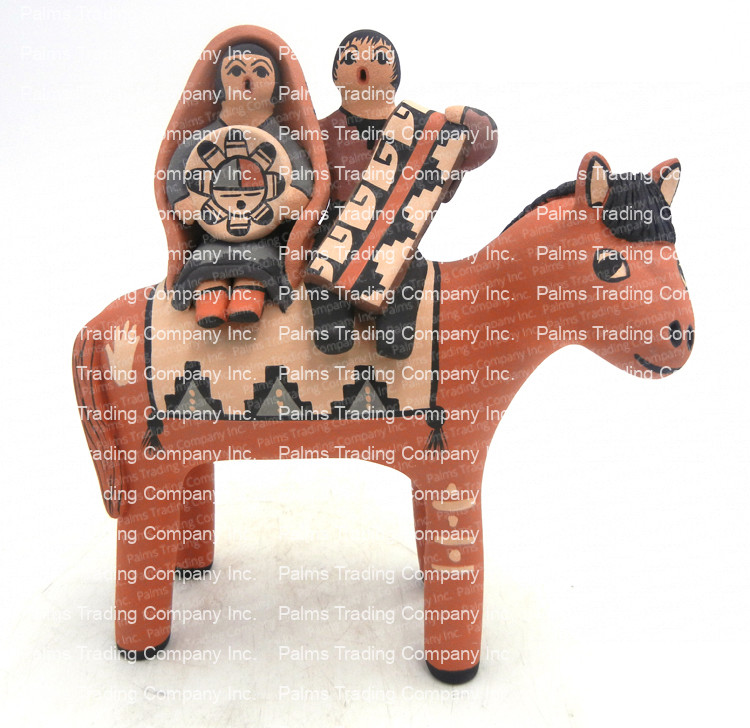 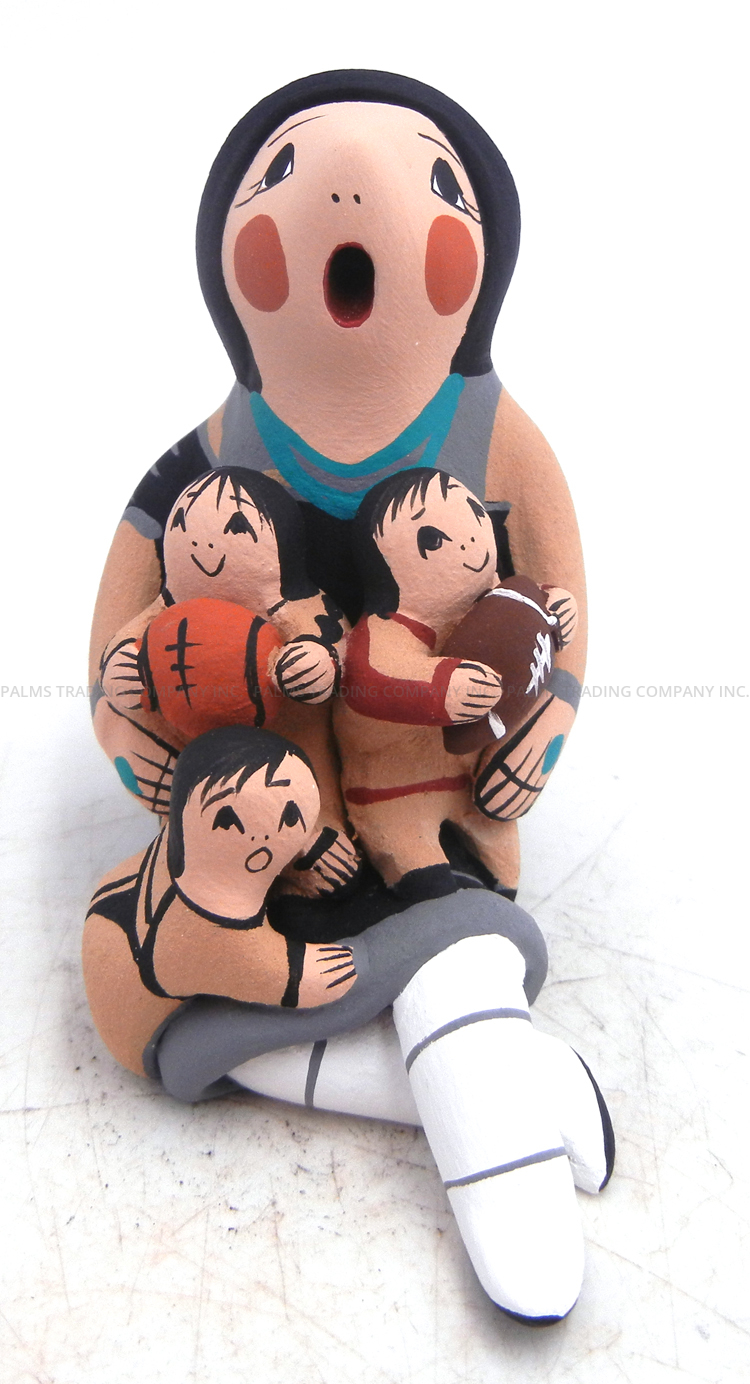 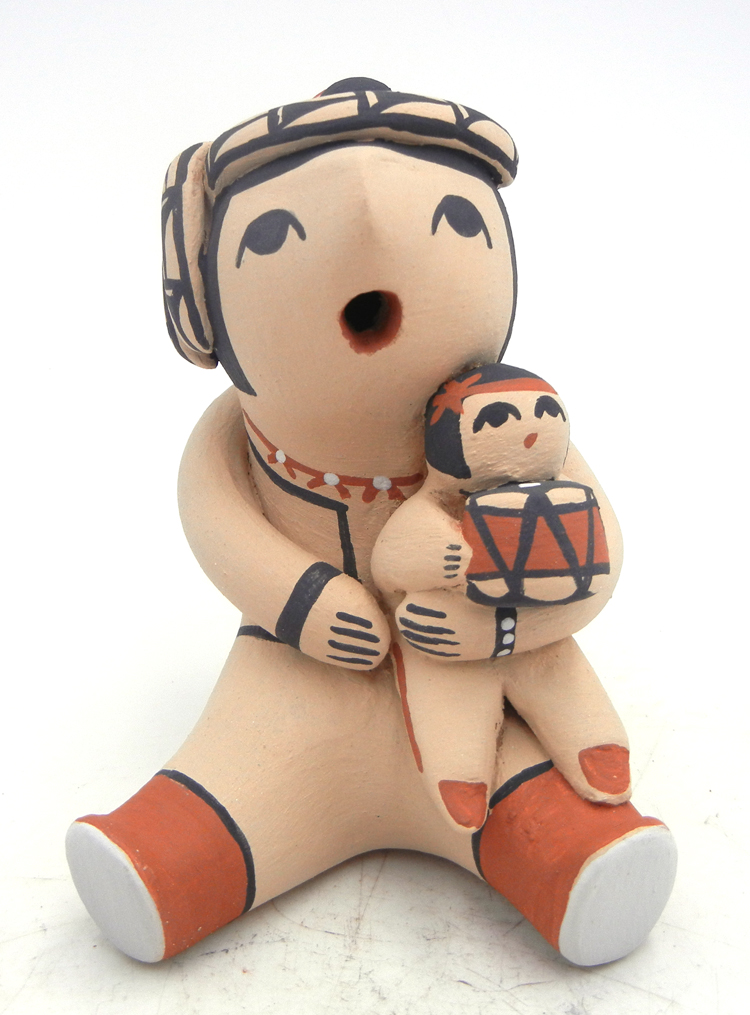 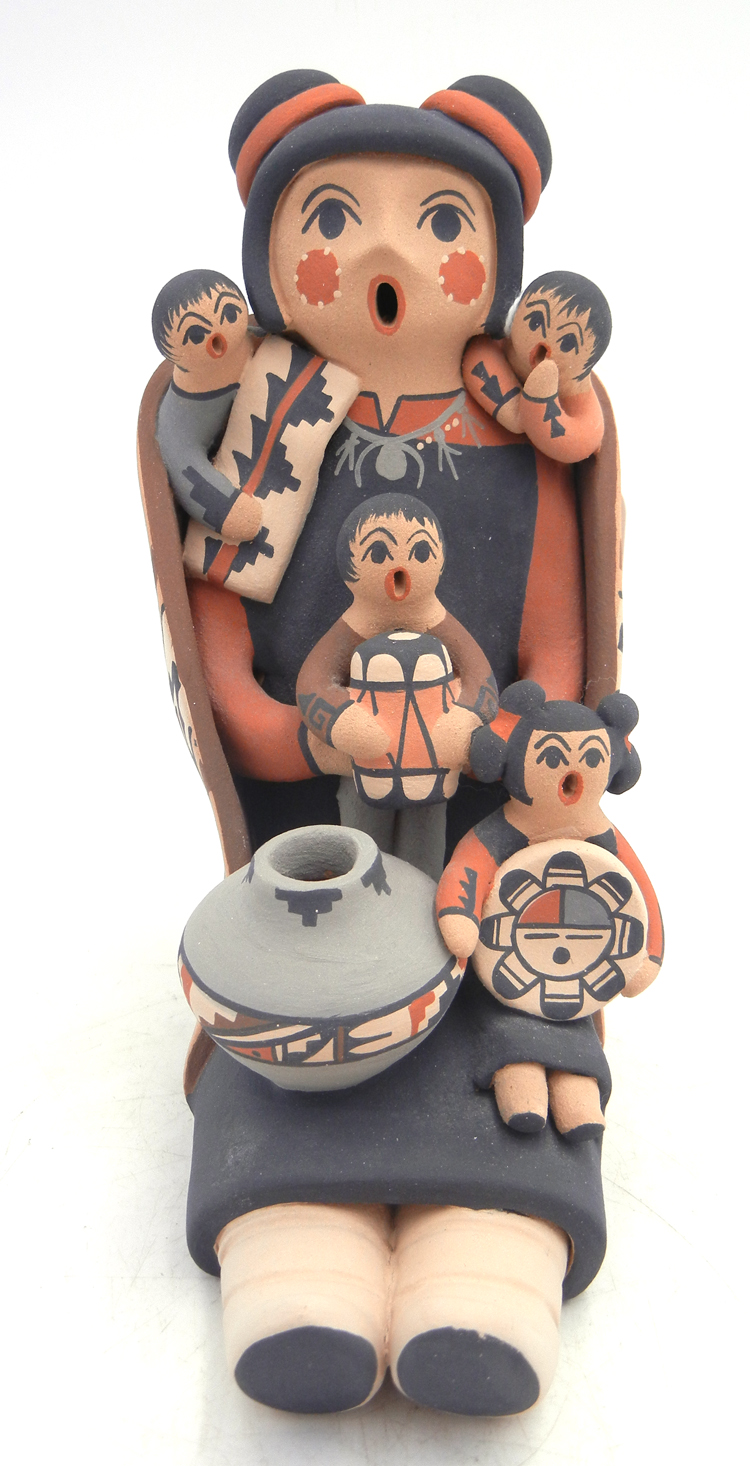 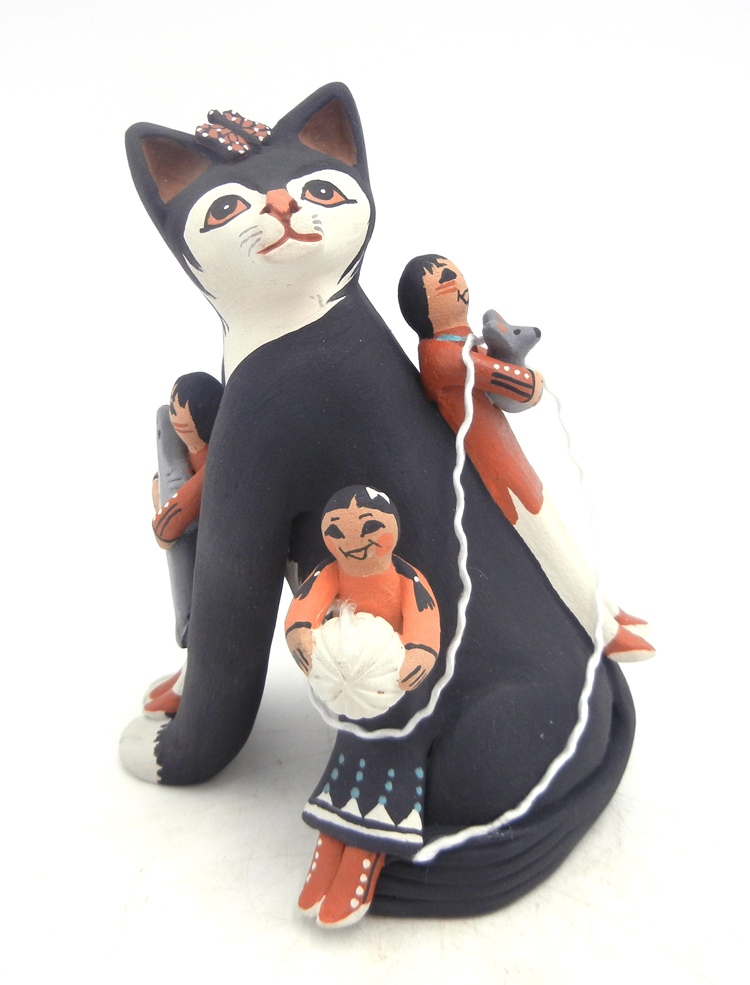 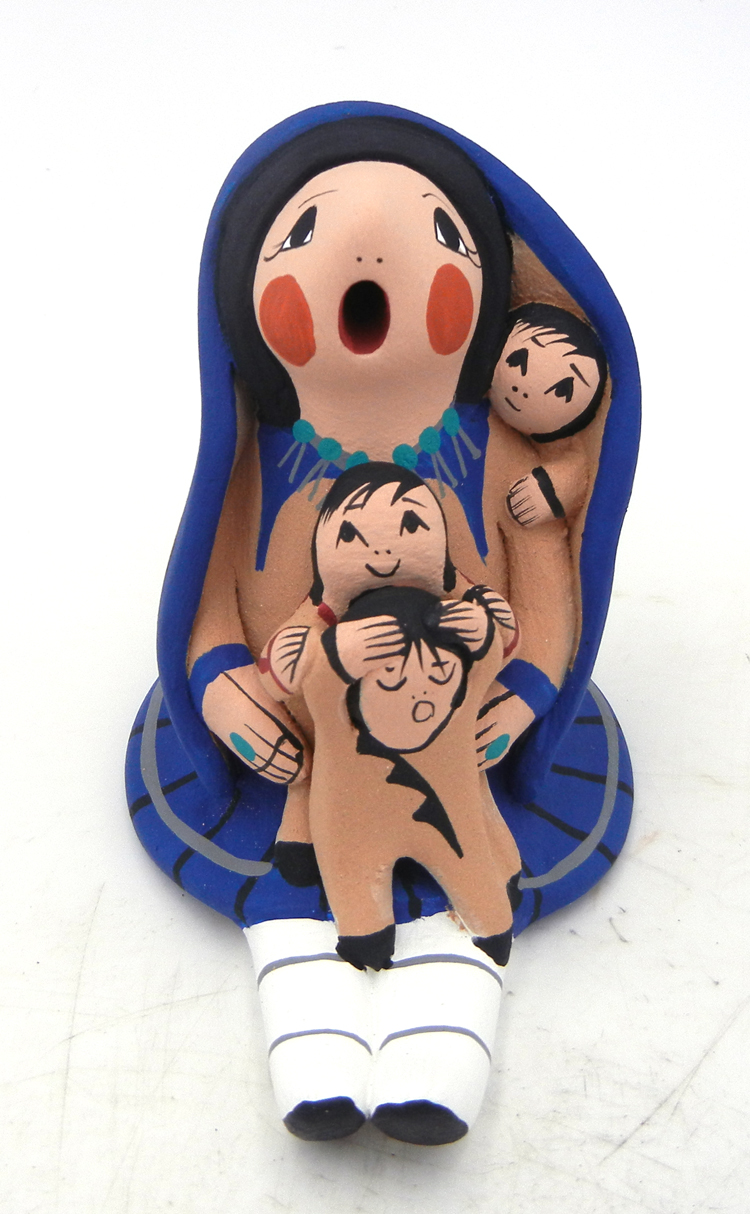 Although storytellers originated with the Cochiti tribe, perhaps no Pueblo has been so prolific in the production of this kind of Indian art than the Jemez. The styles of Jemez storytellers are varied while still displaying some of the characteristics of Jemez handmade pottery.
Shop Now

Jemez Pueblo pottery is often recognized by its red slip over tan clay. This same clay-slip color scheme is often used for their storytellers as well. The unpainted faces of Jemez storytellers are distinctly darker than those of Acoma and Isleta storytellers, which are white or whitish gray.
Jemez storytellers are typically painted with black, brown and red, although some display more vibrant blues and greens as seen in female storytellers’ turquoise necklaces and watermelon rinds commonly featured in koshari storytellers.

That koshari clowns are common figures among Jemez tribe storytellers fits these pieces within the larger pottery tradition that also favors the clown as seen in the contemporary pottery by Kathleen Wall and Fannie Loretto. The willingness to deviate from purely traditional figures has also allowed Jemez tribe storytellers to borrow seasonal characters, like elves and Santa Claus, from mainstream culture.

There are so many Jemez artists creating beautiful and playful Native American Indian storytellers that identifying a few select artists can be challenging. The Toya family, including Judy, Anita and Vernita (Vernida), and Carol Gauchupin are all well-known for their handcrafted storytellers. Some of their pieces are already genuine native American collectibles.

Adding to Your Own Handcrafted Storyteller Collection

If you are fascinated by storytelling as a way of passing on knowledge from generation to generation, authentic, handcrafted Native American storytellers are the perfect addition to your Southwestern home décor.

Palms Trading Company carries a fine selection of handcrafted storytellers by Native American artists from several Southwestern Pueblos. If you would like to see our larger in-store collection, please contact us to use our personal shopper service!